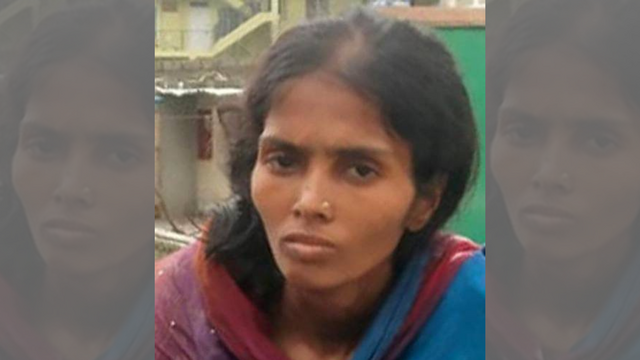 Nasreen, a 30-year-old woman, who was found lying semi-conscious at an open field in Munnekolala, East Bengaluru, was rescued by members of a city-based NGO on Sunday.

She was abandoned by her husband Naimul Alam as he was unable to take care of her, according to Kaleemullah from Swaraj Abhiyan, who, along with his team, rescued her.

Speaking to The Cognate, Kaleemullah said, “We have been actively working in migrant areas in Bengaluru for the past 7 years. So, whenever there is an issue regarding them, we get a call.”

Alamin worked as a construction labourer and Nasreen worked as a maid at an apartment, they hail from Bihar and had settled in the Thubarahalli camp a few years ago. During the lockdown, the couple lost their jobs and suffered without money or food. A few days ago, Nasreen fell ill and grew anaemic without proper nourishment and medicine, the volunteers said.

Frightened, Alam, who had no money for treatment, took Nasreen on his bicycle on the pretext of going to a hospital, but dumped her in the open field and fled. A few locals, growing suspicious, took a picture of him leaving. Later, some of them noticed Nasreen lying abandoned for many days and alerted Kaleemullah, who was helping migrant labourers during the lockdown.

Nasreen informed the rescue team that she had not had food for four days. When they tried to feed her, she started throwing up. She was then taken to Bowring Hospital, where she was admitted at the COVID-19 centre for further treatment.

“We are doing whatever is possible from our side to help them, but that is not enough,” said Zia Nomani and Farida, who were part of the rescue team. The team, with the help of locals, are now on the lookout for Alam, who is absconding. “We want to trace him to help him and reunite him with his wife after treatment, and counsel him,” Kaleemullah told The Cognate.

There are over 40,000 people from West Bengal, Assam, Bihar, Odisha, and North Karnataka living in the colonies of Munnekolala and Thubarahalli. They work as maids and construction labourers in the adjacent areas. As the lockdown was announced, most of them lost work and many left the camps, while others hoped that things would get better. But many are yet to find work again, with apartment associations not allowing them in as part of COVID-19 preventive measures.