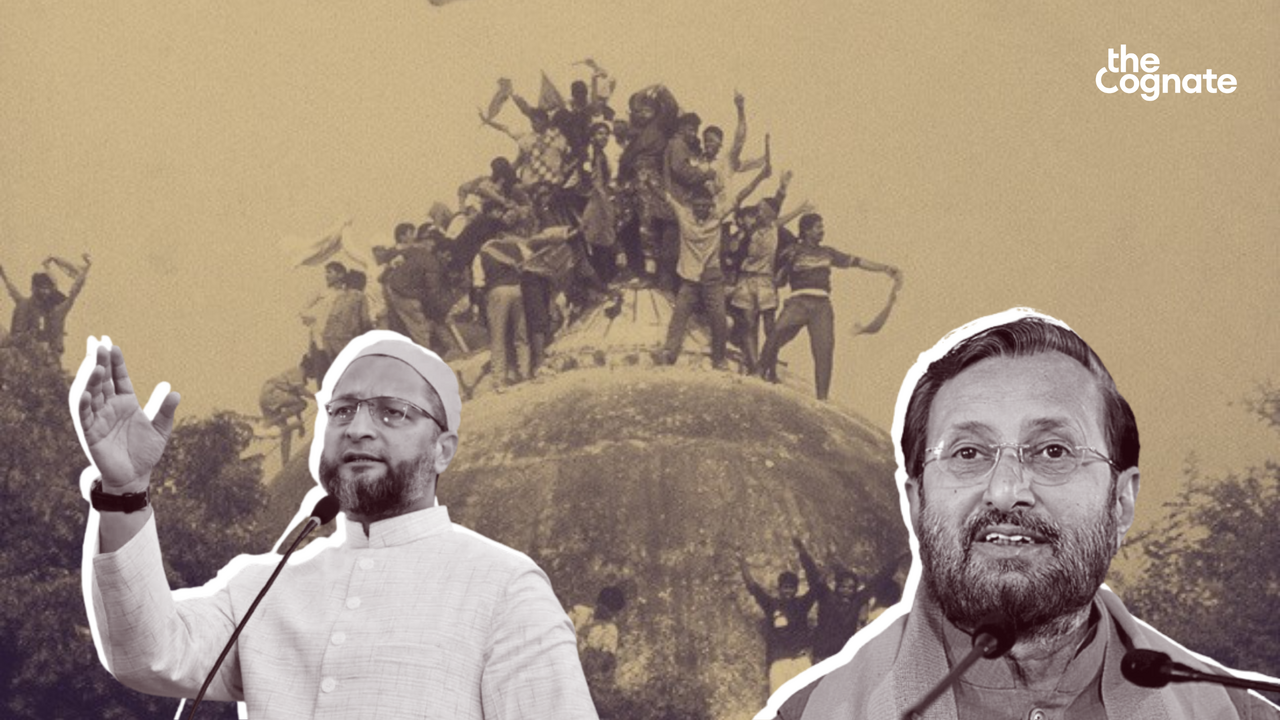 Javadekar on Sunday said that a “historical blunder” was corrected on December 6, 1992, when a group of Hindu extremists demolished the Babri Masjid in Ayodhya.

The horrendous act had led to violent riots across the country leaving around 2,000 people dead, most of them Muslims.

Criticising Javadekar’s remarks, Owaisi asked why didn’t he confess to this in the top court during the hearing of the case.

“SC said there was no evidence that temple was demolished. It also said that demolition of Masjid was violation of rule of law. CBI court says no evidence of conspiracy. Why didn’t you confess to this in court with just as much pride? Shameful,” the AIMIM chief said in a tweet.

“We were sleeping there a night before,” the BJP leader recalled. “The three domes of Babri Masjid were visible. Next day the world saw how a historical blunder was removed.”

The Supreme Court, in its verdict on November 2019, had rebuffed the contention that the mosque was built over a site of a demolished temple.

The BJP leader also claimed that the Ram temple in Ayodhya will be a symbol of unity and people from all faiths backed its construction.

More than two decades after the Babri Masjid was destroyed by marauding Hindu mobs, its land was awarded to Hindus by the Supreme Court for the construction of Ram temple in November last year, despite acknowledging that the destruction of the mosque was against the rule of law.

The Ram temple’s construction began in August, two weeks after PM Modi laid its foundation stone in Ayodhya on August 5.