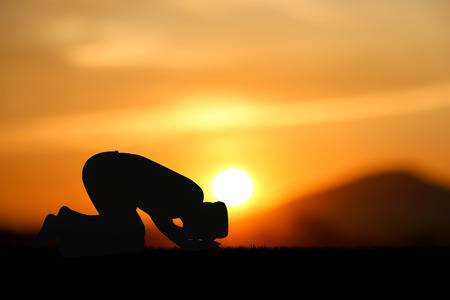 Bengaluru: To renounce a faith one was born into and embrace another which one finds solace in is a fundamental right of every human being. However, when your choice comes into conflict with the belief held by members of your family, the situation can sometimes turn precarious.

The case of 21-year-old Pradeep Acharya from Udupi, who converted to the religion of Islam a year ago, is no different.

Pradeep, who now goes by the name Abdur Rahman Acharya, told The Cognate, that he converted to Islam, when he was still a student in the final year of his degree, after learning about the concept of God in Islam, which rejects “idol worship and propagates the oneness of God.”

Pradeep says, although he kept the matter of his conversion secret from his parents, two months ago when he divulged the details to his mother, she was shocked and angry at the news.

Pradeep’s parents tried to dissuade him from giving up “his religion” and becoming a Muslim, but according to Pradeep, he did not budge.

Seeing that their efforts were not availing them anything, his mother took him to a police station and met Circle Inspector Satish in Udupi. According to Pradeep, the inspector also tried to dissuade from giving up “his religion” and gave him a week’s time to decide.

Pradeep claims, the police asked him to submit a copy of an affidavit copy, which says he has converted to Islam. To his shock, Pradeep later found that his affidavit copy was being shared on WhatsApp and had gone ‘viral’.

Pradeep also claims that a group of unknown men, along with his mother, barged him into an Innova car and took him to Kerala to a religious institute, where he was threatened of dire consequences if he did not give up Islam and convert back to Hinduism.

Pradeep was forcefully admitted to a psychiatric hospital, where his doctor was falsely told that Pradeep had joined ISIS and needs treatment.

Unable to bear the pressure he was put to, Pradeep says, he told the authorities at the institute that he had committed a mistake and would give up Islam, and to convince them, he even performed puja and other rituals.

Pradeep was finally released after a few days. He says he came back to Udupi with his mother, but his ordeal did not stop there. He was asked by some of his mother’s colleagues and friends to come in front of the media, and tell that he was lured and forced by Muslims to convert to Islam. Pradeep, however, refused to do it.

Pradeep claims, he was again taken to a police station, where he claims, one police sub-inspector told his mother, that “innocent Hindu youths are lured by Muslims to convert to Islam, and then used to conduct anti-national activities”.

Having had enough, Pradeep says he left his home and came to Bengaluru a week ago, but his parents, who he had informed that he has left the place by his own will, have filed a missing complaint and have also named his Muslim friends in the report.

Pradeep says he was neither forced nor lured by anyone to follow Islam. He says he left his job in Udupi, unable to carry his work, due to increasing pressure at home. He wants to take up a job here to practice his religion peacefully, and resume to live a normal life.