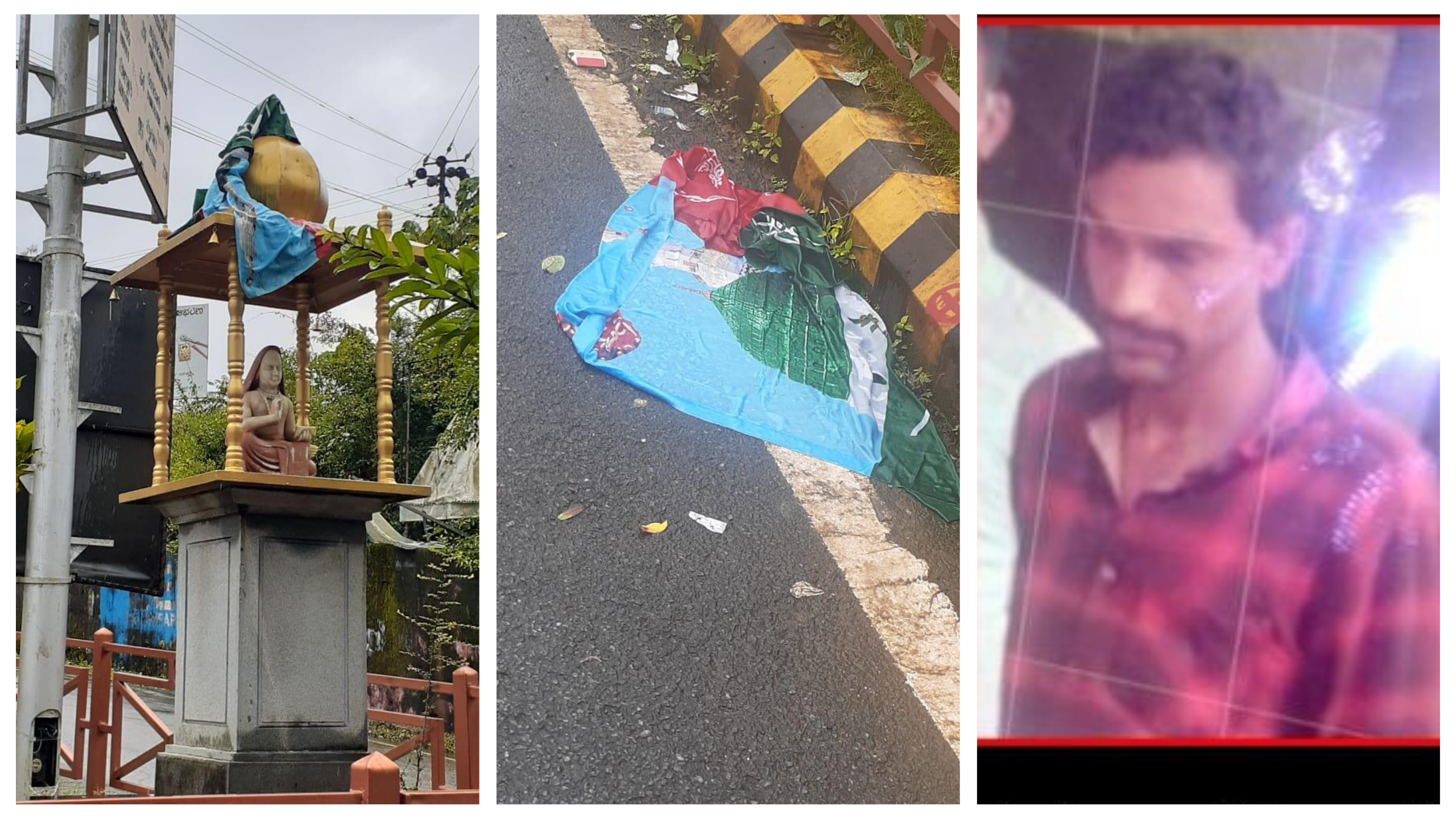 A Hindu man has been arrested for throwing an Islamic flag on the canopy over a statue of Adi Shankaracharya in Karntaka’s Sringeri town on Thursday morning, which was earlier blamed on the Social Democratic Party of India (SDPI).

Milind (28), who the police say was drunk took the banner from the nearby Jamia masjid to cover himself from rain, and later placed it over the statue of Adi Shankaracharya. According to the Superintendent of Police of Chikmagalur, when Milind realised that he had taken the banner of another religion he placed it on top of another religious place out of respect.

While the police say Milind has no affiliation to any political or religious group, SDPI Karnataka president Elyas Muhammad Thumbe in a press conference today said that Milind is a BJP worker, and this was an attempt to flare communal violence and tarnish the image of SDPI.

BJP leaders, including BJP MP Shobha Karandlaje, had falsely accused SDPI of planting the flag on top of the Hindu shrine after the incident suspected to have happened on the intervening night of Wednesday and Thursday came to light on Thursday morning.

“Intolerance of SDPI is touching peak! Anti social elements are inciting people to propagate their sinister agendas. I condemn the incident of planting SDPI flags on Sri Shankaracharya’s statue at Sringeri, serious action will be taken against those who are behind this incident! (sic),” Karandlaje had tweeted.

Intolerance of SDPI is touching peak!

I condemn the incident of planting SDPI flags on Sri Shankaracharya’s statue at Sringeri, serious action will be taken against those who are behind this incident! pic.twitter.com/j1S337SR0Z

Following the incident, former BJP MLA of Sringeri D N Jeevaraj had staged a protest and demanded that the culprits be arrested immediately. Jeevaraj alleged that SDPI workers had thrown the flag on the statue. He threatened to stage a protest in front of Sringeri police station if they were not booked.

The police had also said that the flag “resembled the SDPI flag”, but it was not of the party, adding credence to allegations.

“There is a conspiracy behind this. The police should investigate the people behind it, instead of brushing off the incident,” said Thumbe.

In 2012, a similar incident came to light, when members of the extremist Sri Ram Sene were arrested who had planned to spark communal violence in the north Karnataka town of Sindhagi by hoisting the Pakistani flag on the mini Vidhan Soudha premises and falsely blaming Muslims for it.