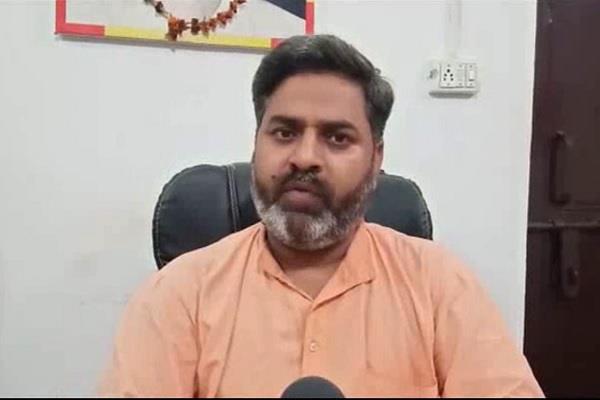 Extremist outfit Hindu Mahasabha’s National spokesman leader Ashok Pandey has been booked by Aligarh police for terming Aligarh Muslim University (AMU) students as ‘terrorists’ and calling the institution ‘a seminary for terrorists’ in an interview.

Following a complaint lodged by the AMU authorities, the Civil Lines Police booked Pandey under Sections 153A (promoting enmity between different groups on ground of religion), 153B (assertion prejudicial to national integration) and 505(2) (statements creating or promoting enmity, hatred or ill-will between classes) of the Indian Penal Code (IPC).

According to the FIR, Pandey had dubbed AMU founder Sir Syed Ahmad Khan as a “traitor” and the university as “an institution being a classroom of terrorists” during an interview with a news channel.

Noting it to be a “serious issue”, the AMU authorities stated in the complaint that it could vitiate not only the atmosphere of the university but also spoil the communal harmony of the city. “This statement was issued to hurt the sentiment of those who love AMU and a particular community in order to spread hatred between two communities,” reads the FIR.

“We have demanded that the video be removed from various social media platforms as it could create differences between two communities and strict action be taken against the accused,” the AMU spokesman added.

(With Inputs from IANS)

Muslim student leader and National Secretary of Fraternity Movement Sharjeel Usmani has moved to the Bombay High Court for quashing the FIR registered against...