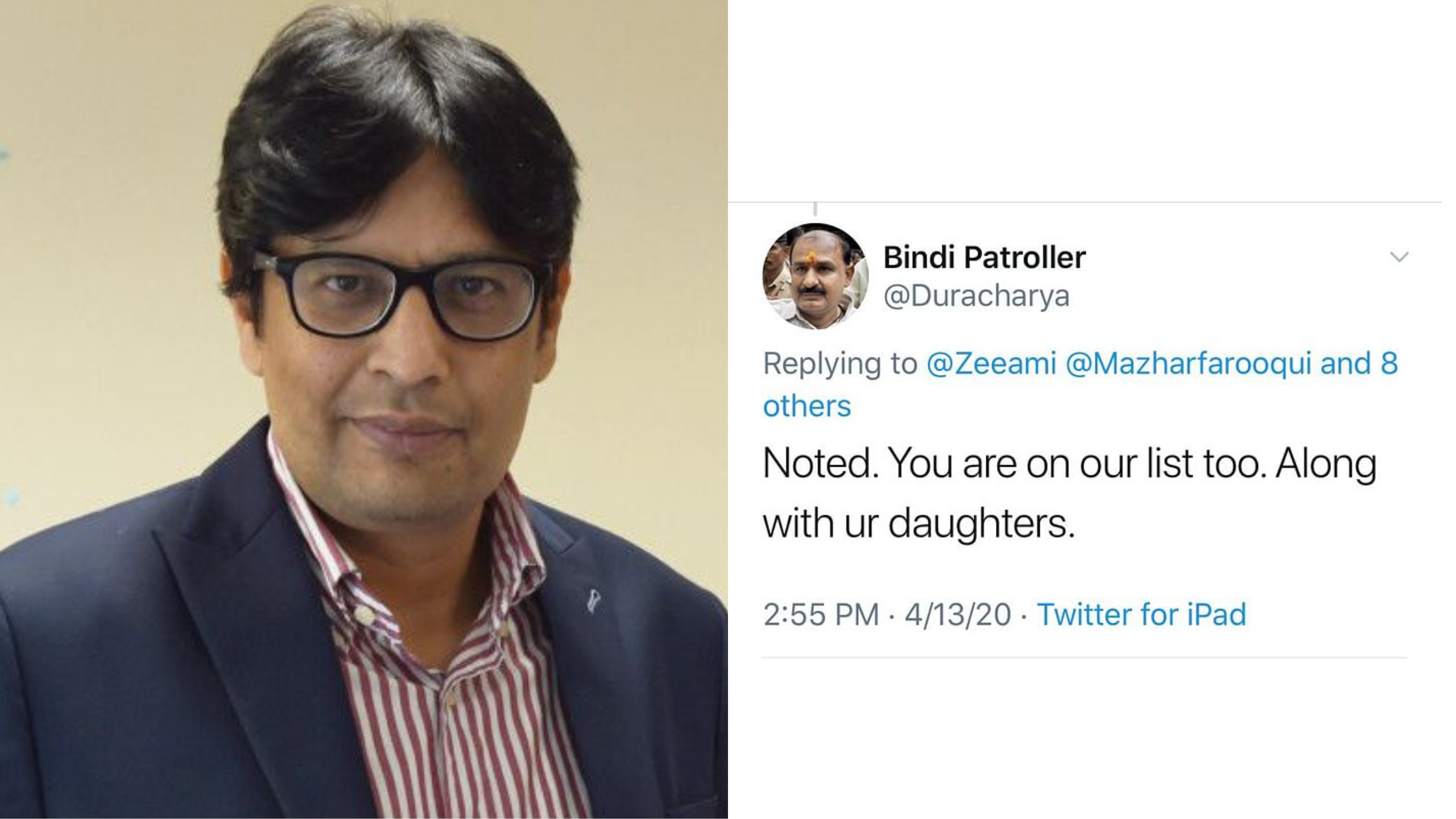 Mazhar Farooqui, the award-winning investigative reporter and Features Editor at Gulf News in Dubai has been threatened by right-wing IT Cell extremists for writing reports exposing anti-Islamic social media posts by Indian expatriates working in UAE and Gulf countries. His exposés had led to the sacking of many Islamophobes, and in some cases, even led to their arrests.

Farooqui claims he has been inundated with abusive and threatening messages forwarded to his mail, on WhatsApp, on Facebook Messenger and on Twitter. According to him, some of these threats were issued from verified accounts and by people followed by PM Narendra Modi.

Most of the threats were explicit in nature, with some even threatening Farooqui’s daughters.

“Well, it’s like a pandemic — I have got nearly 5,000 messages via email, FB messenger, Instagram, WhatsApp from hundreds of such people. . That said, many have deactivated their accounts or deleted their posts fearing action,” National Herald quoted him as saying.

“In the midst of all this, BJP’s IT cell has launched a relentless, malicious campaign against me on Twitter. People with verified account and many followed by the PM are abusing me and threatening to revoke my passport and harm me and my daughters. They have even posted their pix on social media…”.

For the past few weeks, there have been several instances of Indian expatriates working in the Middle East have been called out, and in some instances even sacked from their jobs for abusing Islam and Muslims.

Rakesh B Kitturmath, who worked as a team leader at Emrill Services, an integrated facilities management (FM) headquartered in Dubai, was sacked on Thursday after he ridiculed Muslims in response to a Facebook post on coronavirus, sparking outrage on social media, the  Gulf News reported.

He is currently facing police action after being fired.

A Hyderabad man working as a chief accountant in the Emirates was fired by his employers for sharing anti-Muslims posts suggesting that Muslims were deliberately spreading coronavirus.

The person, identified as Balakrishna, was working at Moro Hub, a data solutions service centre. Offended by his brazenly communal posts, many people found his LinkedIn and other social media profile and mass-reported his vile activity to his employer through Twitter, prompting action against him.

Another Indian, a manager in Abu Dhabi will be facing legal action for demeaning Islam on social media.

Mitesh.U, a financial manager at an Abu Dhabi-based firm, posted on Facebook using graphic images to show how a “jihadi coronavirus suicide spitter” (sic) could “cause 2,000 deaths compared to 20 by a jihadi bomber detonating a belt rigged with explosives”.

In another incident, an Indian Muslim man who was visiting UAE seeking a job was told to go to Pakistan by his fellow countryman S. Bhandari, who owns an event management company in the UAE.

A police complaint has been lodged against him by the job seeker.

Mazhar Farooqui is being targeted for reporting this.