Salahuddin Ayyubi: The Liberator of Jerusalem 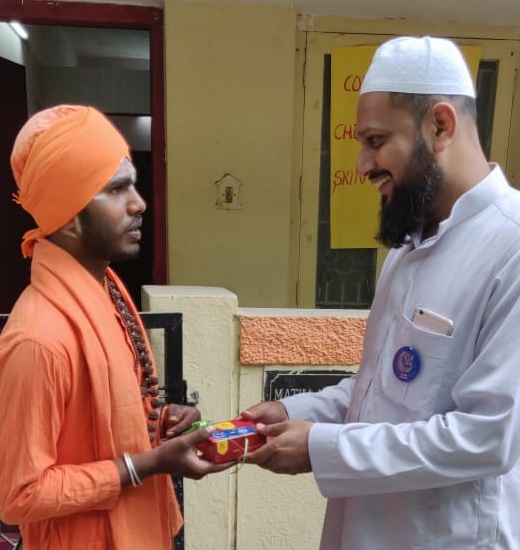 As millions of Muslims celebrated Eid al-Fitr all over the country, a group of Muslims shared their joy and happiness with non-Muslims by gifting them boxes of sweets. Over 200 volunteers from all walks of life, across Bengaluru, Hyderabad, Chennai, Mysore, Surat, Mumbai, and other cities distributed gifts to public servants and bystanders on the day of Eid to celebrate the festival that symbolises sharing and gratitude.

The group, which came together under the campaign called ‘Gifting Sunnah’ reached out to over 20,000 public servants including police, pourakarmikas, bus drivers, auto drivers, railway station staff, security guards and others and handed out sweet boxes which had ‘Eid Mubarak’ written on it.

Eid al-Fitr marks the end of Ramadan and translates as “the festival of breaking of the fast”. Muslims celebrate Eid by visiting families, embracing them with love and sharing gifts. 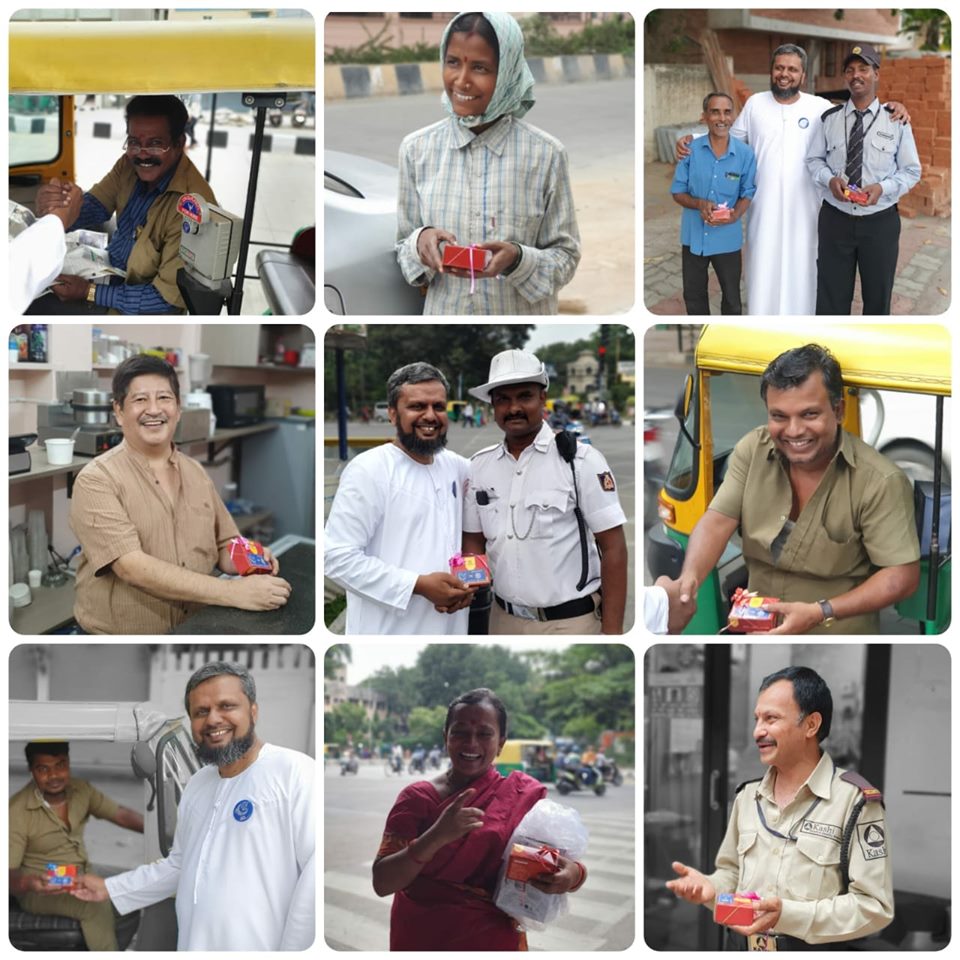 The ‘Gifting Sunnah’ campaign was initiated in 2018, by Bengaluru-based social activist Tanveer Ahmed. “There is a great deal of stress on gifting in Islam. It is one of the practices or sunnah of our Prophet, who encouraged it for promotion of mutual love and affection. That’s the reason we call it ‘Gifting Sunnah'”, he said.

“I thought about this idea last year and shared it with a group of friends on WhatsApp. Soon, friends, family members, and complete strangers got associated with the idea”.

Tanveer said that last year, they distributed over 4000 gift boxes in Bengaluru, and the initiative was so well received that people from other places contacted him and his friends and started the campaign in their cities.

His team formed a separate WhatsApp group for every city and assigned team leaders to undertake the task. After offering their Eid prayers, teams each comprising of 2-3 members with boxes of sweets went around government offices and prominent streets to distribute the gifts.

“Our team of two women offered sweets to an old man. He was initially very hesitant until he learnt that it was from a popular sweet shop, and we just wanted to share our Eid happiness with people of other faiths. He instantly burst out in tears of joy,” said Shafia Kauser one of the volunteers of Gifting Sunnah.

Another volunteer said, “A couple of men were cleaning sewage from a manhole in the middle of the road… we stopped and offered them, sweets…a couple of degree students were passing by…they saw this got emotional and voluntarily came forward and hugged us (sic)”.

One of the most defining image of this year’s Gifting Sunnah drive. A sewerage worker, knee-deep at work, being handed over a box of Eid sweets. #giftingsunnah pic.twitter.com/Z088oXv5sx

Transcending barriers that only those who live in India can fathom, a group of youngsters across 15 locations in this culturally diverse nation set new standards in promoting amity and goodwill. These pictures are real and cannot possibly be lying. #giftingsunnah, #eidalfitr2019 pic.twitter.com/NsqHwaoqvJ

To some, the Gifting Sunnah Eid gift was a rare occasion to feast on quality sweets without having to beg for it. Blessed are those who give without being asked, and don’t seek recompense from people. They will inherit Paradise. #giftingsunnah #EidAlFitr2019 #Hyderabad pic.twitter.com/74NS78n4Lx

Melting moments! Gifting Sunnah gesture received with grace. Such a simple way to foster integration. The rest of India needs to take up the initiative. #giftingsunnah #EidUlFitr2019 pic.twitter.com/ZEkYmMhpX1

Another first-person account from a Gifting Sunnah organizer. “‘Thank you for keeping the streets clean’ I said. Her only response was a warm, disarming smile, which radiated the happiness of her 💓.”#giftingsunnah #EidAlFitr2019 #Bangalore pic.twitter.com/xVGdXMm40N

Home is where the heart is! A homeless person being given Eid Gift by Gifting Sunnah volunteer in Hyderabad. The glee is infectious, which the whole nation needs to be infected with. The journey has begun. #giftingsunnah pic.twitter.com/70PDh0Y57A

A street-side shoe-mender breaks into an impromptu smile when a Gifting Sunnah volunteer handed him a box of sweets. He would never have imagined that someone would stop by not for repairing their shoes but to build a relationship of kindness. #giftingsunnah #Eid2019 pic.twitter.com/mQYAGCX0gF

Gifting Sunnah sisters were on the forefront too in all the cities. This initiative broke records, but it also exploded many myths. Mainly, that Muslim youth are laid-back, the community does not integrate, women are discriminated, etc. #GiftingSinnah #Eid2019 pic.twitter.com/hpEUJFoGgS

Tanveer said the response to the campaign has been overwhelming and that they plan to do more next year.