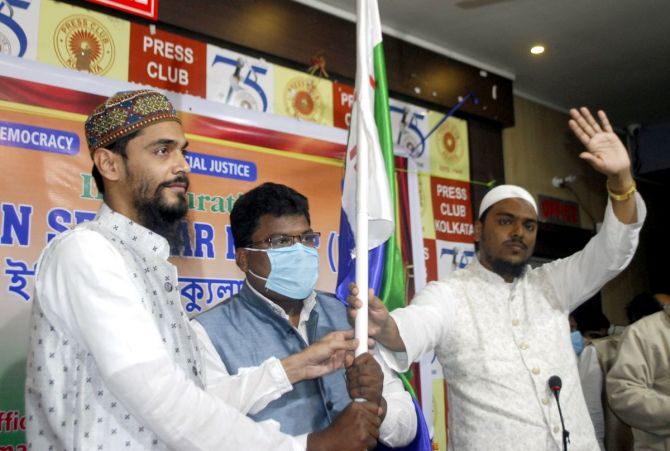 In a significant development ahead of the West Bengal assembly polls, the Congress and Left front announced their pre-poll alliance with Indian Secular Front (ISF), a political outfit initiated by Furfura Sharif’s cleric Pirzada Abbas Siddiqui.

West Bengal Congress President Adhir Ranjan Chowdhary announced that ISF would be part of Congress-Left alliance along with RJD and NCP in a meeting held on Tuesday at state headquarters of the CPI (M).

Calling all the proposed political outfits that will be a part of this alliance Chowdhary said, “there have been several political developments since we held meetings. Secular parties like ISF, RJD and NCP have earlier expressed their desire to be in alliance with Congress-Left front. Today finally we are coming up with this alliance after a cordial meeting. We respect the existence of these secular parties and hence we will keep some seats for them as well. After inculcating their participation on seats we will later announce the final number of seats for each of these parties”.

He alleged that Trinamool Congress (TMC) in Bengal did not want the alliance to happen in order to avoid three-cornered contest elections in the region as it will increase the competition. “The TMC never wanted Congress and Left Front to form an alliance. There was this notion that Bengal elections will be a two-way political tiff between TMC and BJP, but now it is a three-way fight in Bengal, BJP, TMC and Congress-left alliance”, said Chowdhary in a press conference held after meeting.

The Congress-Left alliance front is expected to hold a mega public rally at Brigade Parade ground on 28 February as told by Left front chairperson Biman Bose at the press conference.

ISF has demanded around 70 seats to contest from the Congress-Left Front alliance.

Political observers in the region now believe that ISF was started with the agenda to mend the position of Muslims and socially deprived population but seems to have diluted with mainstream political parties. However, they believe this alliance can help them to build a political structure in the region. Since mainstream political parties have a stronghold in the State this political equation can be further used to strengthen ISF’s motive and goal.

Newly formed ISF holds the attention of all political observers and its potentiality will only prove after the elections. The party is established with the motive to uplift backward population such as Muslims, Tribals and Dalits.

‘What NIA Did Seemed Like War’: West Bengal Minister On Arrest Of ‘Innocent’ Al-Qaeda Suspects

West Bengal minister Siddiqullah Chowdhury has accused the National Investigation Agency (NIA) and the Narendra Modi government of defaming the Muslim community in the...