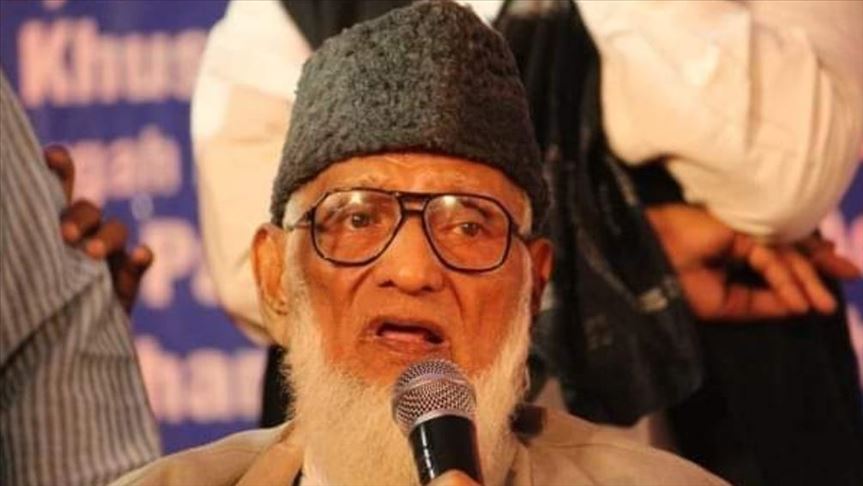 The former President of Jamaat-e-Islami Hind (JIH) and former Vice President of All India Muslim Personal Law Board (AIMPLB), Maulana Mohammed Sirajul Hasan passed away Thursday evening at his hometown in Raichur, Karnataka. He was 88 years of age.

Maulana Sirajul Hasan died of a cardiac arrest at his residence after being discharged recently from a hospital where he was admitted to.

With utmost sadness, we share with you all that Moulana Mohammed Sirajul Hasan, former president of Jamaat-e-Islami Hind has departed us.

May Allah bless his soul and enter in the divine paradise. Ameen. https://t.co/zTuYTr5V7e

Born in 1933, Sirajul Hasan was a lifelong Jamaat member. He served JIH as Zonal Chief of Karnataka for 28 years, before being deputed as Secretary of Jamaat in Delhi in 1984. He was the All India Ameer of JIH from 1984 until 2003. He also played an active role in the All India Mulsim Personal Law Board, All India Muslim Majlis-e-Mushawarat (AIMMM) and the Babri Masjid Coordination Committee.

Talking about his personal relationship with the former JIH chief, Syed Hussaini said, “Maulana Sirajul Hasan played an important role in grooming and training me. He prepared thousands of youth like me for the Islamic Movement. I pray that Allah accepts the yeoman service of Maulana Sirajul Hasan, pardons him, grants him Paradise and gives patience to his family members for bearing this loss.”