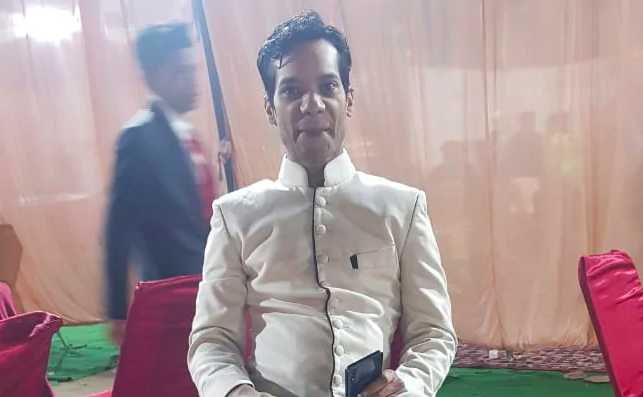 Kardampuri is a Muslim majority area adjacent to Northeast Delhi. Violence erupted in this area along with Maujpur and Gokulpur. On the opposite side of Kardampuri lies a Hindu majority area on Yamuna Vihar. A protest site was also set up in Kardampuri area near a foot over bridge near the area.

In a statement given to The Caravan, Rukhsana Khatoon, Malka, and Shehnaz, residents of the Kardampuri told that they saw Sub Inspector Bhati when he shot dead 32-year old Mohammad Furkan, who had stepped out to buy food for his children. They saw it all while they were standing some 20 feet away from the incident.

They alleged that on the day when violence broke out in the area a mob of men entered the protest tent followed by around 50 security personnel in the same direction and fired tear gas shells.

Recalling the mayhem of the terrible night, Khatoon told that the mob was raising, “Jai Shree Ram” slogans and was accompanied by uniformed men who possessed destructive weapons such as tear gas canisters and they attacked the protesters with that tear gas.

She also alleged that those men set protest tent on fire, misbehaved and thrashed elderly women, tore pages from The Holy Qur’an, burnt prayer mats and destroyed their religious scripts.

Malka, another witness revealed that she hid in nearby portable toilets along with other women. When she came out she saw uniformed officer throwing religious books and texts into the fire. Furkan came to rescue her and when he left police officials followed to attack him.

The eyewitnesses also accused them of pushing, thrashing, tripping and shooting Furkan twice. All three witnesses confirmed that Bhati fired at Furkan from the front. “Saamne se goli maari hai” were their actual words.

Furkan’s post mortem report confirmed that he was shot with two bullets in his left thigh and lower abdomen. A video circulated soon after the violence also confirmed that Furkan was “brought dead” when he was taken to Guru Tegh Bahadur Hospital in Dilshan Garden. In that video people also claimed that “police killed Furkan”, “policemen shot him dead”.

Reportedly the FIR filed by Delhi police has some fabricated accusations, The Caravan reported.

In a complaint filed by Furkan’s brother, Mohammad Imran stated that he died due to violence and stone-pelting during the violence. Imran claimed that the FIR filed by police is fabricated and police are framing Furkan deliberately.

According to The Caravan report, the police filed the chargesheet in June and handpicked four Muslim men, assaulted them, kept them in custody and forced them to sign blank papers which were later used against them to falsely frame the fabricated statements. Two of them are only 20 years old and remain in jail since then.

The medical report of Furkan speaks volumes of irregularities and fabrication not only on the part of police but medical authorities. The medico-legal certificate produced by Guru Tegh Bahadur Hospital on the day of his death mentioned that no bullet wounds were found on his duty, while the earlier produced post mortem report confirmed that he was shot twice, once in the lower abdomen and again in the left thigh. Another FIR registered after MLC mentions that only one bullet and the wound was found on his body.

Furkan left behind his wife Firdaus and two children. When Furkan died Firdaus was pregnant and lost her unborn child while struggling with the trauma followed by Furkan’s death.

Imran said, “Though the FIR is a lie, it holds two truths. One that he was shot dead and the second he is not with us. I fell into filing an FIR dictated by police because it was the only way to get my brother’s dead body”.

Moreover, Sub Inspector Harveer Singh Bhati is still serving as an officer and no action has been taken against him. However, he was transferred from Jyoti Nagar to Okhla months after the violence. No word has been recorded from the officer yet and he hasn’t responded to any of the allegations against him.