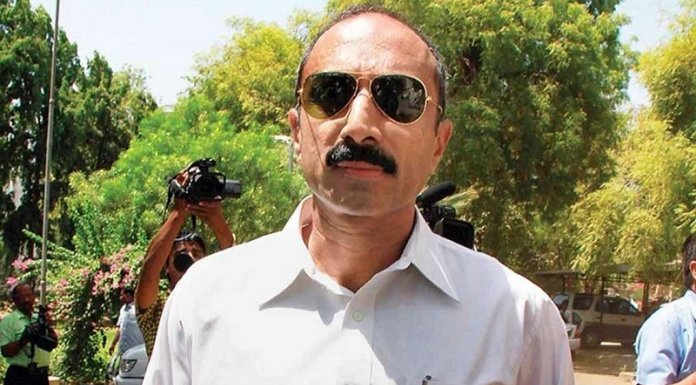 Former IPS officer Sanjiv Bhatt, who had filed an affidavit in the Supreme Court, accusing then Gujarat chief minister Narendra Modi of complicity in the 2002 anti-Muslim pogrom, has been sentenced to life imprisonment by a court for a 1990 custodial torture and death case.

A sessions court in Jamnagar in Gujarat found Bhatt guilty under Section 302 of the Indian Penal Code. Another policeman, Pravinsinh Jhala, has also been awarded life imprisonment in the case.

The case dates back to November of 1990 when Bhatt was the additional superintendent of police. The prosecution had alleged that he had detained approximately 150 people for rioting while BJP leader L.K. Advani led his rath yatra through Jamjodhpur town. One of those arrested, Prabhudas Vaishnani, died in a hospital ten days after his release, while undergoing treatment. Vaishnani’s brother had lodged a first information report (FIR) naming Bhatt and six other policemen, alleging them of torturing him while in detention.

The sentence comes a week after the Supreme Court refused to hear a plea by Bhatt to examine 11 additional witnesses. The ex-cop had claimed that nearly 300 witnesses had been listed by the prosecution in the case, but only 32 were actually examined. He said that many crucial witnesses, including three policemen who were part of the team which investigated the case, were left out.

Bhatt was arrested in September last year in connection with a case from 1996 in which he was accused of planting banned drugs on an advocate to arrest him.

In April 2011, Bhatt had moved the Supreme Court against the then Gujarat Chief Minister Narendra Modi, claiming to have attended a meeting on the eve of the 2002 Gujarat anti-Muslim pogrom, during which he alleged that Modi had asked senior IPS officers to let Hindus “vent out their anger against Muslims”.

Bhatt was suspended soon after he made the claims and was sacked in 2015. He was accused of various allegations, including allegedly remaining absent from duty without permission and misusing official vehicles.

Bhatt’s reports as an officer in the Intelligence Bureau were presented before various courts and commissions, including the Nanavati Commission (constituted to investigate the riots) as his evidence of state complicity and administrative inaction during the anti-Muslim killings. The Nanavati Commission’s final report was submitted to the Gujarat government in October 2018 but is not made public yet.