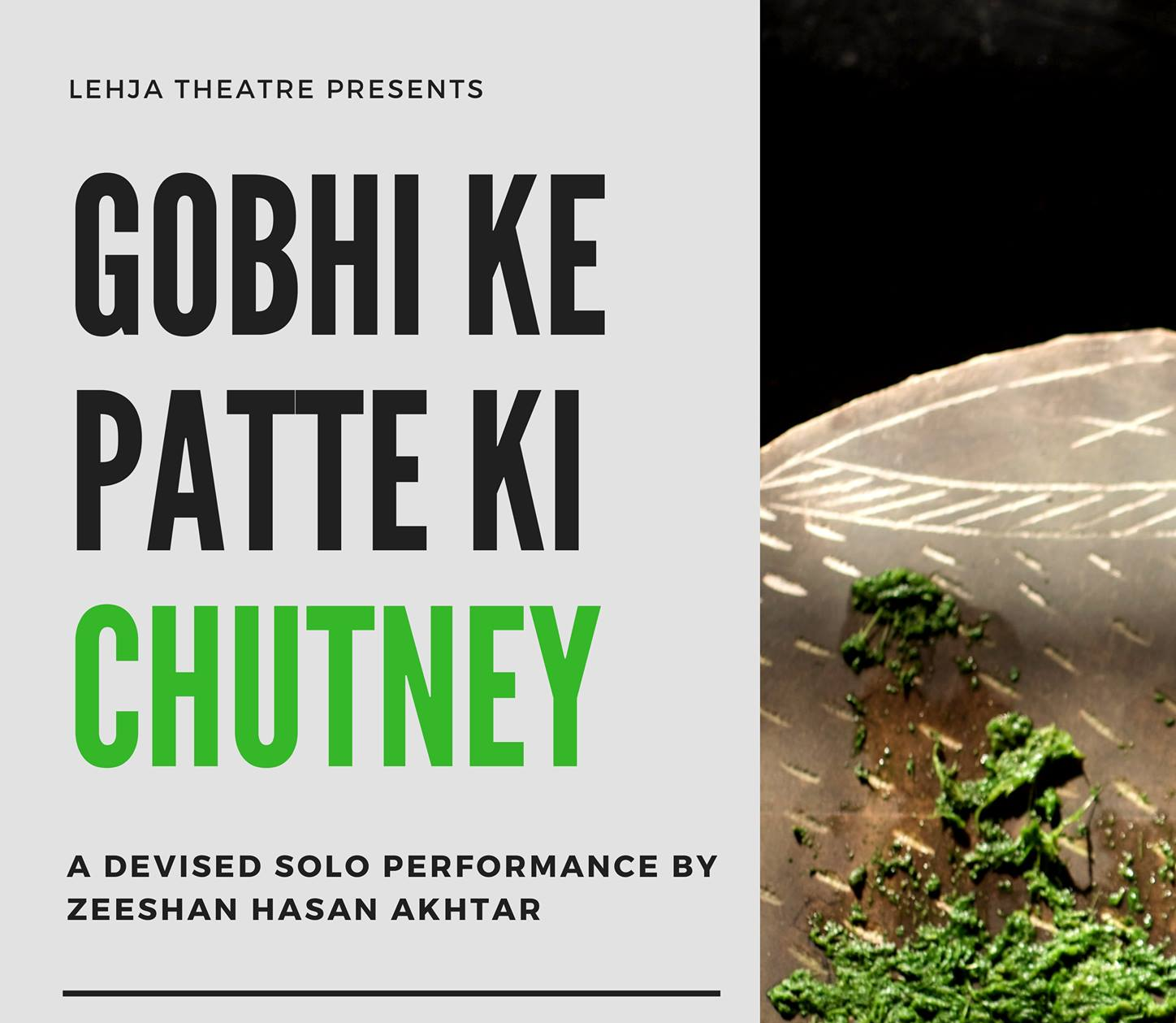 Zeeshan Hasan Akhtar’s solo performance Gobhi ke Patte ki Chutney is a quiet meditation on what it means to be Muslim in India. Starting with that founding moment of post-Independence communal violence that in many ways inaugurated the Hindutva project, the Bhagalpur riots in Bihar in 1989, without so much as mentioning the place or the forces behind the violence then or today, Akhtar builds a menacing and moving account of a subjectivity formed in that crucible.

In a remarkable refusal of the production of the Muslim as the othered product of an anthropological gaze or the victim of secular pity and compassion as much as of communal violence, Gobhi ke Patte ki Chutney is a subtle and deeply disturbing account of the more primal components of human subjectivity told in a theatrical language that eschews spectacle and settles for a record of the tremors of a heartbeat.

Entry for age 16 years and above.