The Most Inspiring Quotes From Dirilis Ertugrul To Live By
Advertisement https://pagead2.googlesyndication.com/pagead/js/adsbygoogle.js 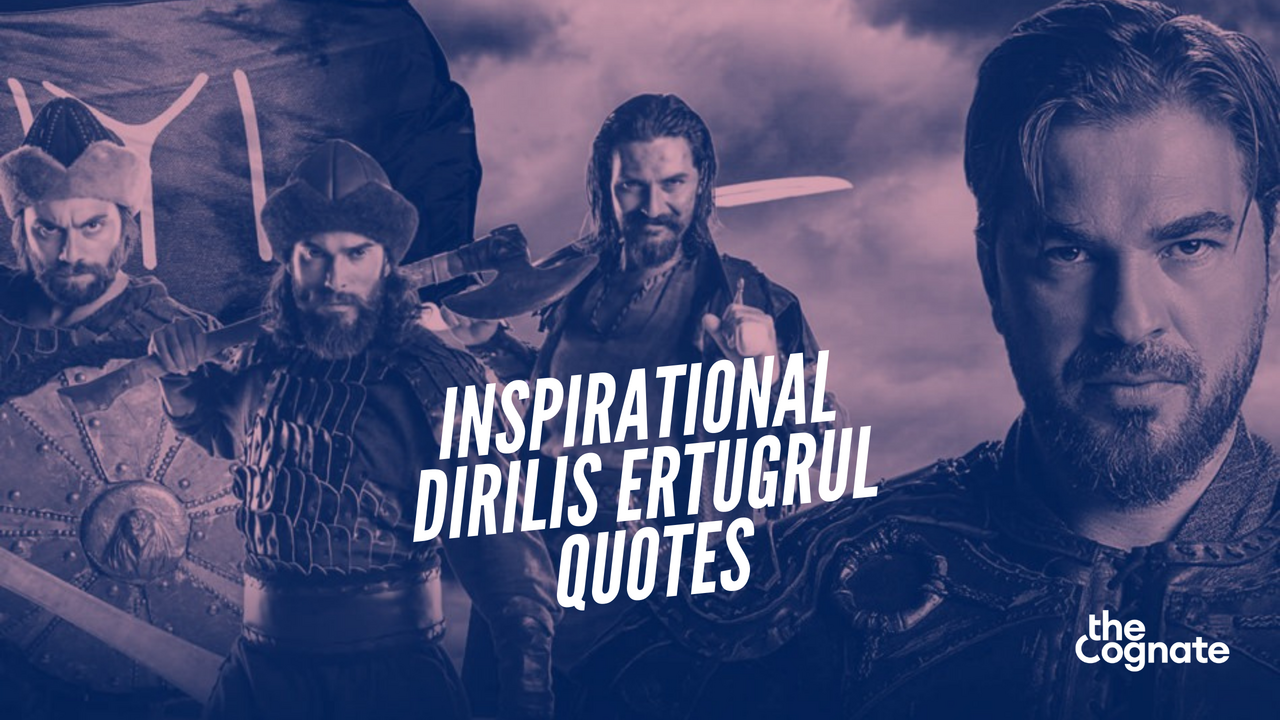 Unless you have been living in a cave, you would have probably heard of Dirilis Ertugrul or Resurrection: Ertugrul.

First aired in 2014, this Turkish TV series has since taken audiences from around the world by storm. Dirilis: Ertugrul tells the story of Ertugrul Gazi – the father of Osman Gazi, who founded the Ottoman Empire that later became the Uthmani Khilafah.

The series is a great reminder of why Muslims became great. The characteristics the early Muslims possessed, and the relationship they had with Islam.

Here are some inspiring and memorable quotes from the series to live by.

“Victory is not ours, it belongs to Allah, and as long as we follow Allah’s path, nobody can bring us to our knees. But if we start to believe victory is ours if we forget our purpose and contaminate it with our desire for fame, then our Lord will shame us.” – Ertugrul Bey

“We are the voice that thunders for the right to silence the oppressors.” – Aliyar Bey

“The real hero is one who knows how to rise when he falls down.” – Turgut Alp

“Do not despair. Instead of enjoying ourselves while sitting in a position of authority that is based on defamation and betrayal, it is far more valuable to be thrown into a dark dungeon and be with Al-Haqq.” – Ertugrul Bey

“Those who are on the side of the Almighty He will never leave them alone. Victory will not lead us to arrogance or laziness. We prefer to win one heart rather than a thousand castles. Our goal will be to bring humanity together.” – Ertugrul Bey

“If we stand strong against our own defects and the cruelty of our enemies and if we can face them even if we’re one person, then Allah, who made little drops become a sea can make one of us like a thousand men.” – Ertugrul Bey

“What brought the Islamic world to this condition is unrest, greed and seeking to seize power. The defects that can harm the Islamic world and weaken it for personal benefits were ignored. And the sins were considered allowed.” – Ertugrul Bey

“They’ll do everything they can to intimidate us. They will attack us on all sides. We will not tolerate their arrogance, their superiority, their insensitivity. They want to intimidate us. However, they do not know that our presence and our strength do not come from the gold but it depends on our unshakeable Imaan embedded in our hearts. If we fall, then the whole Islamic world will fall. As long as we are strongly attached to our faith and traditions, our heads will not bow dows and the Islam flag will not fall.” – Ertugrul Bey

“Who can do anything to the one whom Allah has taken under his protection?” – Ertugrul Bey

“These lands are surrounded by fire. But if we turn to Allah as Ibrahim did, that fire feels like a bed of roses.” – Ertugrul Bey

“I am a servant of the Most-High, not of my ego and temptation.” – Ertugrul Bey

“We belong to the Ummah of a Prophet who couldn’t sleep satiated if his neighbours were hungry. We must show mercy to those in need and come to their aid, regardless of their faith or nation.” – Hayme Hatun

“It is not the things a man has that makes him weak, but the things he wishes for.” – Noyan

“The tears we shed irrigate the gardens in our hearts. It brings flower seeds in our heart to blossom. How blessed you are to shed tears for the sake of Allah. Your tears point to the salvation of your soul.” – Ibn Arabi

“Love will not bring harm to your bravery. Don’t be afraid. Love fortifies it. Protects it.” – Dogan Alp

“You lost a castle and a title. But the most precious treasure of a person is their heart and soul. The true losers are those whose hearts and souls are blind. The path you were on until now is not the Truth. You were drifting after a dull cause like a dry leaf caught in the wind. The light of the True Path that appeared in your heart will lighten up your darkness.” – Ibn Arabi

Despair is forbidden to us. We were commanded not to despair of the mercy of Allah. I have no fear of death. If I surrender before I finish my last breath, then that breath is forbidden for me. Do not grieve. There is a door of hope in every moment of life that didn’t end. – Ertugrul Bey

“Everyone should know that the reign of the jackals will last only until the wolf springs back to his feet.” – Ertugrul Bey

“Never let oppressors plant the seeds of hatred in your hearts.” – Ibn Arabi

“You can identify the brave during battle, and good friends with their advice.” – Ertugrul Bey

“Stay true to justice and the righteous, do not accept anything but freedom. May your path be open.” – Ertugrul Bey

“We can make or burn bread with fire.” – Hayme Hatun

“Only those who can dream big can walk forward on the road of victory.” – Ertugrul Bey