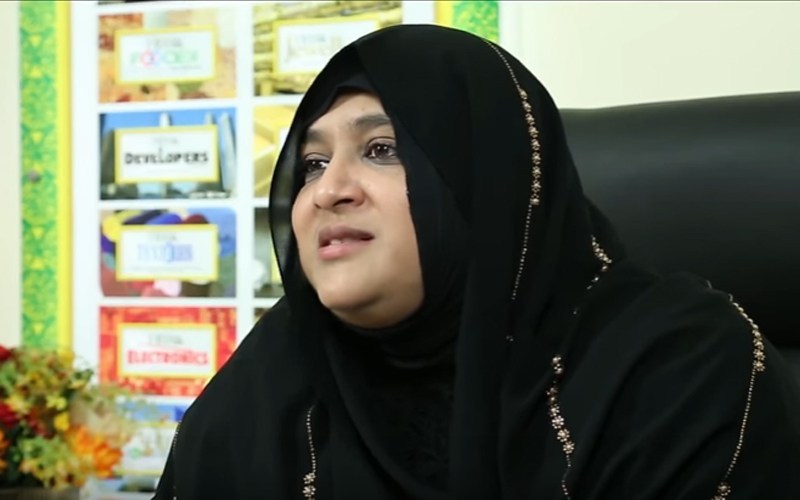 Nowhera Shaikh, MD of the controversial Heera Group of companies and President of the All India Mahila Empowerment Party (MEP) was arrested on Wednesday along with two of her associates on charges of money laundering in the controversial Ponzi scheme case.

The ED sleuths had arrested Shaikh, Molly Thomas and Biju Thomas under the Prevention of Money Laundering Act (PMLA), 2002, in a fraudulent money circulation scheme of the Heera Group, Hyderabad. The trio was produced before the Metropolitan Session Judge, Hyderabad who sent them to seven days of ED custody starting May 15 onwards.

Heera Gold, which according to SEBI is a Ponzi Scheme, lured investors in the name of Halal investments and promised high monthly fixed returns. The company systematically targeted Muslims across India and in the Middle East, amassing vast sums of money. The scheme was unsustainable and the group has defaulted in the repayment of the principal amount and promised returns to its investors.

“The accused were fraudulently running a money circulation scheme. Multiple FIRs have been registered by the aggrieved depositors across the country against Nowhera Shaikh and others”, said ED in a statement.

During the course of ED investigation, so far, it has been revealed that the accused persons and their group companies have collected more than Rs 3,000 crore from 1,72,114 investors across India on the pretext of investment.

ED’s investigations have also revealed that the group does not have any substantial actual business activity by which they can earn the promised profits or returns. ED has also established that Shaikh opened 24 entities under Heera Group and 182 bank accounts were opened in different banks at different parts of the countries in the name of these 24 entities. Further, 10 bank accounts were also opened in foreign countries such as UAE, Saudi Arabia etc.

On 12th November 2017, Nowhera Shaik founded the All India Mahila Empowerment Party (MEP) and forayed into politics with disastrous results. The party contested the 2018 Karnataka elections with much fanfare, but its candidates were barely able to collect 1 lakh votes in all the 175 constituencies put together.

Throughout the election cycle, MEP was accused of being the B-team of the BJP, and of contesting the polls to take away a share of Muslim votes off the Congress, and thereby help the Hindutva party.

After the elections, MEP’s own candidates filed criminal complaints against Nowhera Shaik, accusing her of cheating.

They accused Shaik of promising to fund their election campaign and obtained blank cheques and money before awarding them tickets and B-forms. Candidates claimed they did not receive any money from Shaik, and even alleged to be threatened by her henchmen.

Heera Gold is rumoured to have lost large sums of money in the Karnataka elections, which allegedly triggered panic among the company’s investors.