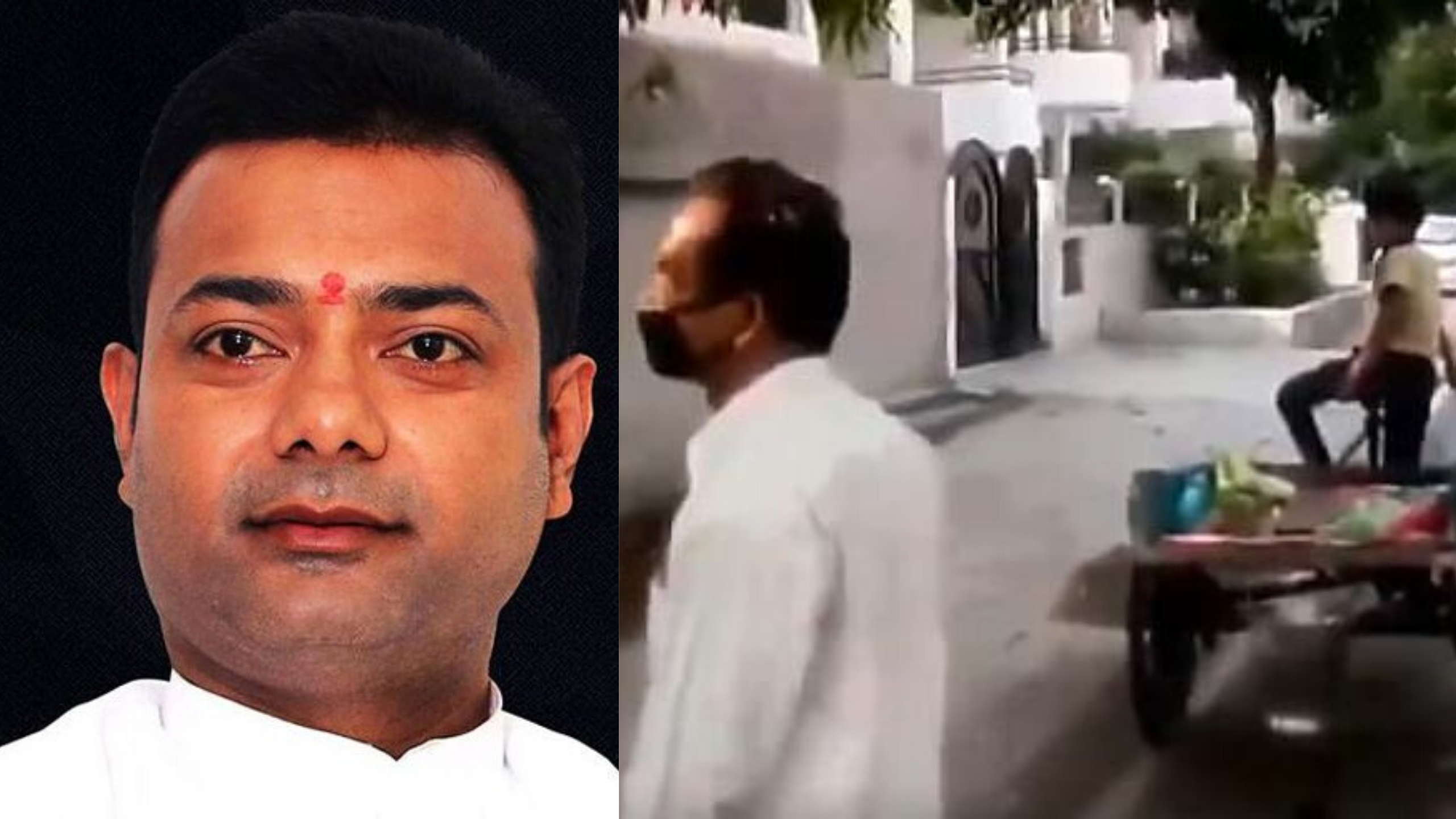 Days after a BJP MLA in Uttar Pradesh told people to not purchase vegetables from Muslims, another hate-mongering BJP bigot has courted controversy by harassing a Muslim vendor in the state.

In a viral video, BJP MLA Brijbhushan Rajput is seen launching a communal tirade against a Muslim vendor and his child outside his residence, warning them against entering his neighbourhood.

The MLA, from Charkhari in UP’s Mahoba district, is seen abusing the vegetable seller and the young boy to reveal their religious identities, and warning the man to beat him up.

BJP MLA Brij Bhushan Sharan was seen harassing a Muslim vegetable vendor in Lucknow. This is the real face of BJP. Instead of tackling #Covid_19, BJP leaders are busy in targetting Muslims and in spreading communal hatred.#BJPStopHatredFightCorona #BanRSS pic.twitter.com/ll1JK3mWTY

In the video, the legislator is heard asking the vendor his name, to which the scared vendor replies Rajkumar. The MLA then asks the vendor’s son to tell the man’s real name. When the vendor’s son gives his father’s name as Azizur Rehman, the MLA gets angry.

“Aaj ke baad mohalle mein dikh na jaana tum log… nahi to maar maar ke theek kardenge (if you people are seen in the locality after today, you will be thrashed and fixed),” Rajput is heard saying.

In an interview with news agency ANI, Rajput accepted that it was him in the video and said, “Yes, it was my video. I reprimanded him because he was lying. He said his name was Rajkumar while his name is Rehmuddin. He wasn’t wearing a mask and gloves. We know…16 vegetable sellers in Kanpur and one in Lucknow tested COVID-19 positive.”