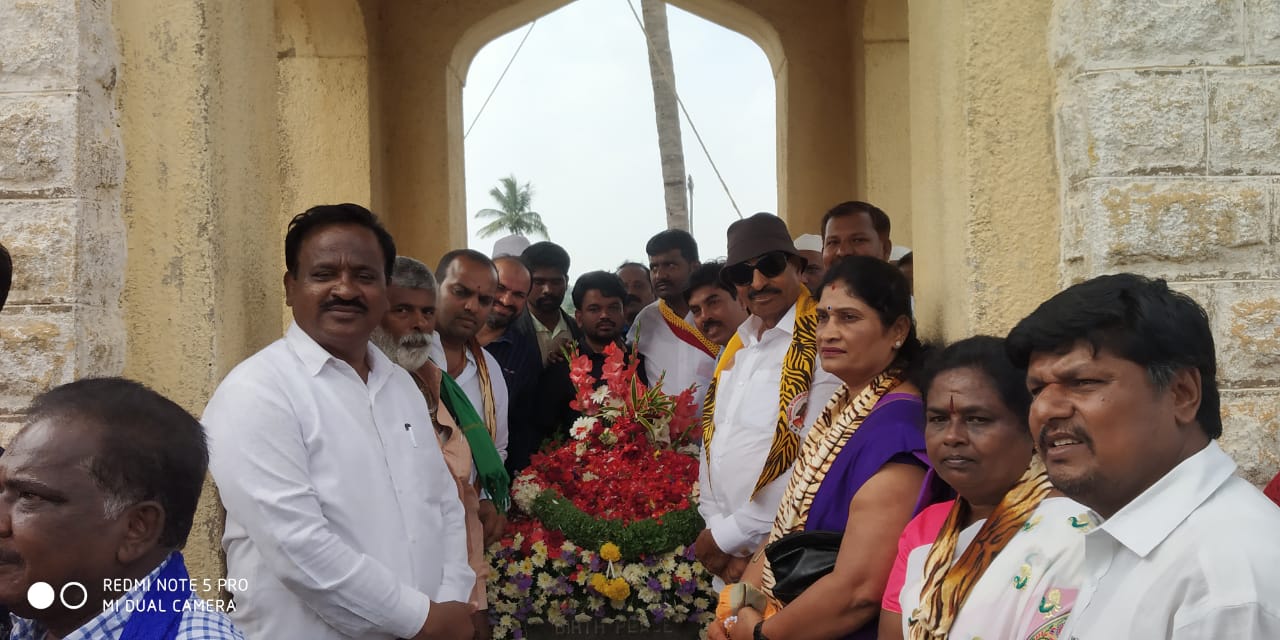 Despite the BJP-led state government’s refusal to celebrate Tipu Jayanti, and its continued hate propaganda against the 18th-century freedom fighter and ruler of Mysore, thousands of people paid tributes to Tipu Sultan (1750-1799) in Karnataka’s Srirangapatna on his 270th birth anniversary.

Narasimharaja MLA and former minister Tanveer Sait planned the main Tipu tribute in Mysuru but postponed it as he was waiting for a directive from the Karnataka high court on holding the event. Later, Sait visited Tipu’s tomb in Srirangapatna.

Srirangapatna was under a blanket of security for the twin events of Tipu Jayanti and Milad-un-Nabi. Thousands of people from the region offered prayers at the tomb.

Many organisations, including the Popular Front of India (PFI), Social Democratic Party of India (SDPI), Tippu Secular Sene, and others celebrated the day by paying their tributes to the Tiger of Mysore.

The Tipu Jayanti celebrations, which were held by the state government from 2015, was scrapped by the BJP-led government on July 30, just days after the party came to power in the state. BJP and other right-wing organisations oppose the celebrations saying that Tipu Sultan had forcefully converted Hindus to Islam in various parts of his dominions.

The order by the BJP-led government was challenged in the Karnataka High Court and on November 6, the high court’s division bench, headed by Chief Justice Abhay S Oka and Justice S.R. Krishnakumar, directed the state government to reconsider its July 30 cabinet decision and respond by the third week of January 2020. The bench also said that private celebrations of Tipu Jayanti were allowed.