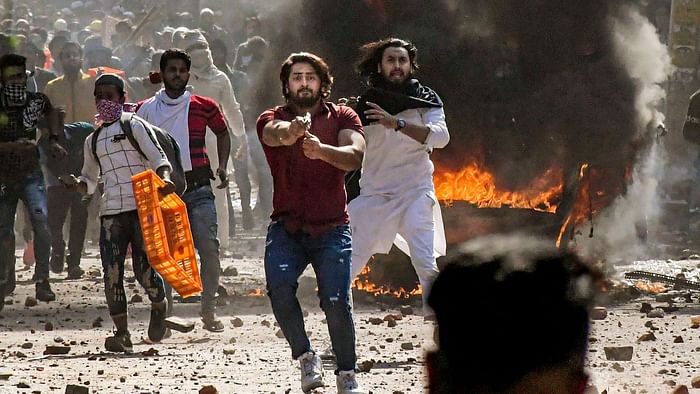 Shahrukh Pathan, the man who pointed a gun at a cop, has been denied bail by a Delhi Court.(Photo Courtesy: PTI)

In two separate judgements on the 3rd and 4th of February, Delhi’s Karkardooma Court granted bail to murder-accused Kuldeep Singh in the Northeast Delhi riots case and denied to bail to Shahrukh Pathan who has been languishing in jail for over 10 months despite non-commencement of trial, for pointing a gun at a cop during the riots.

Murder-accused Kuldeep Singh was allegedly involved in the brutal murder of a young auto­ driver namely Babbu during the Delhi Riots. Granting bail to Singh, Additional Sessions Judge Vinod Yadav on Feb 3 observed that the statement of the eye witness in the case was recorded after “a humungous delay of about 83 days” and that the prosecution “has not been able to accord any cogent explanation for such a huge delay”.

It was also argued by his counsel that he has not been specifically named in the FIR, that the police never sought his custody remand in the matter and that he is not seen in any CCTV footage.

Meanwhile, on Feb 4, Additional Sessions Judge Amitabh Rawat refused to grant bail to Shahrukh Pathan, whose picture, showing him pointing a gun at a policeman, had gone viral on Social Media. Referring to the incident and denying him bail, the court noted that, “What is material is the gravity of the offence and the allegations against the accused which are quite grave.”

However, the Counsel for Pathan argued that as per the complainant, he was never shot at, in many of the interviews and thus, Section 307 IPC cannot be invoked against him. They further noted that statement of complainant Deepak Dahiya, in this case, is contradictory in terms of various news clippings and statement under Section 161 Cr.P.C.

In February last year, an anti-Muslim pogrom was unleashed in parts of North East Delhi, which resulted in the death of over fifty people, hundreds injured, and thousands homeless.

Several fact-finding reports have accused the Delhi police of either not taking action against the perpetrators of the riots or siding with them. After the riots, which many reports have described as an anti-Muslim pogrom, the police, instead of taking action against the alleged perpetrators belonging to the majority community, detained a host of Muslims and implicated them in riot cases.