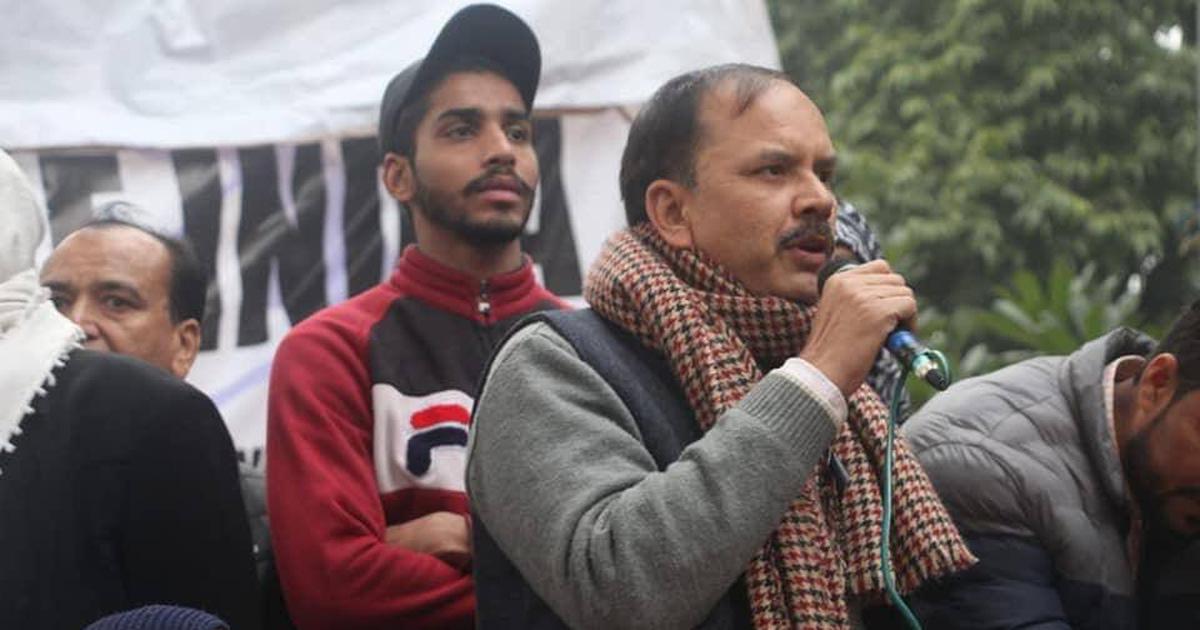 The Delhi Police arrested the president of Jamia Millia Islamia Alumni Association under the draconian Unlawful Activities (Prevention) Act accusing him of being involved in Delhi’s anti-Muslim pogrom, that resulted in the death of over fifty and in the displacement of thousands. Shifa-Ur-Rehman, also a member of Jamia Coordination Committee, was arrested on Sunday by the Delhi Police Special Cell.

“We had technical evidence against him which suggests that he incited mobs during the riots,” news agency PTI quoted an unidentified police officer as saying. “He was also seen in the CCTV footage which was collected from the riot-affected areas. We have checked his call record details and WhatsApp messages and found more evidence which suggests his involvement in the riots.”

Rehman has been remanded to police custody by a Delhi court for 10 days for further investigation in the case.

On February 23, an anti-Muslim pogrom was unleashed in parts of North East Delhi, the worst the city has seen in decades.

What followed was three days of carnage, mayhem, loss of life, property and dignity.

Zargar is the media coordinator of the Jamia Coordination Committee, while Haider is a member of the panel

27-year-old Zargar, who is in the second trimester of her first pregnancy, was arrested on April 10.

On April 23, a group of intellectuals had condemned had criticised the charges filed under the Unlawful Activities Prevention Act against individuals protesting the Citizenship Amendment Act and National Register of Citizens. The signatories called the use of the UAPA and sedition laws “illegal”.

“This suppression of civil rights and liberties and targeting of our young democratic voices is reprehensible. We find it utterly shameful that Delhi police is using the COVID-19 lockdown, and the enormous humanitarian crisis of hunger confronting our country, as an opportunity to trample on the democratic rights of innocents. This is a time to unite as a nation, not to isolate and target students.”

“We implore all citizens of the country, political parties, the judicial system and media to stand united against this injustice; to oppose this brazen abuse of State power to stifle democratic voices; to pressurize the BJP government to stop this targeting and vilification; demand that these charges be immediately dropped; demand that those arrested under cover of the COVID-19 lockdown be immediately released,” they had demanded.