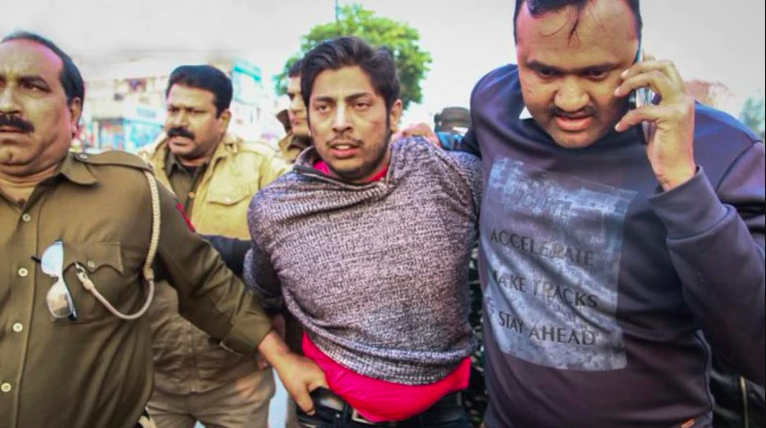 Two days after a terrorist opened fire at protestors on student protesters of Jamia Millia Islamia, another terrorist on Saturday evening fired a gun at Delhi’s Shaheen Bagh, where a sit-in protest against the Citizenship (Amendment) Act and National Register of Citizens has been taking place for over a month.

According to eyewitnesses, the man, who identified himself as Kapil Gujjar, opened fire close to the police barricades, nearly 250 metres behind the stage. He was overpowered by police personnel and taken into custody. He shouted Iss desh mein kisi ki nahin chalegi, sirf Hinduon ki chalegi (In this country, no one but Hindus can have their say),” and fired two rounds.

Another incident of firing this time at Shaheen Bagh. Police took the man into custody. But n out before he said – “is desh main sirf hinduon ki chalegi aur kissi ki nahi chalegi” pic.twitter.com/SGA9FJGWBK

Reportedly, he threatened the protesters, warning them to vacate the place, before firing in the air. He was overpowered by police personnel and taken into custody.

The incident comes two days after a terrorist identified as Rambhakt Gopal Sharma shot at the peaceful student protesters of Jamia Millia Islamia on Thursday in Delhi. His Facebook posts have revealed that he wanted to carry out Jallianwala Bagh like large scale carnage at Shaheen Bagh.