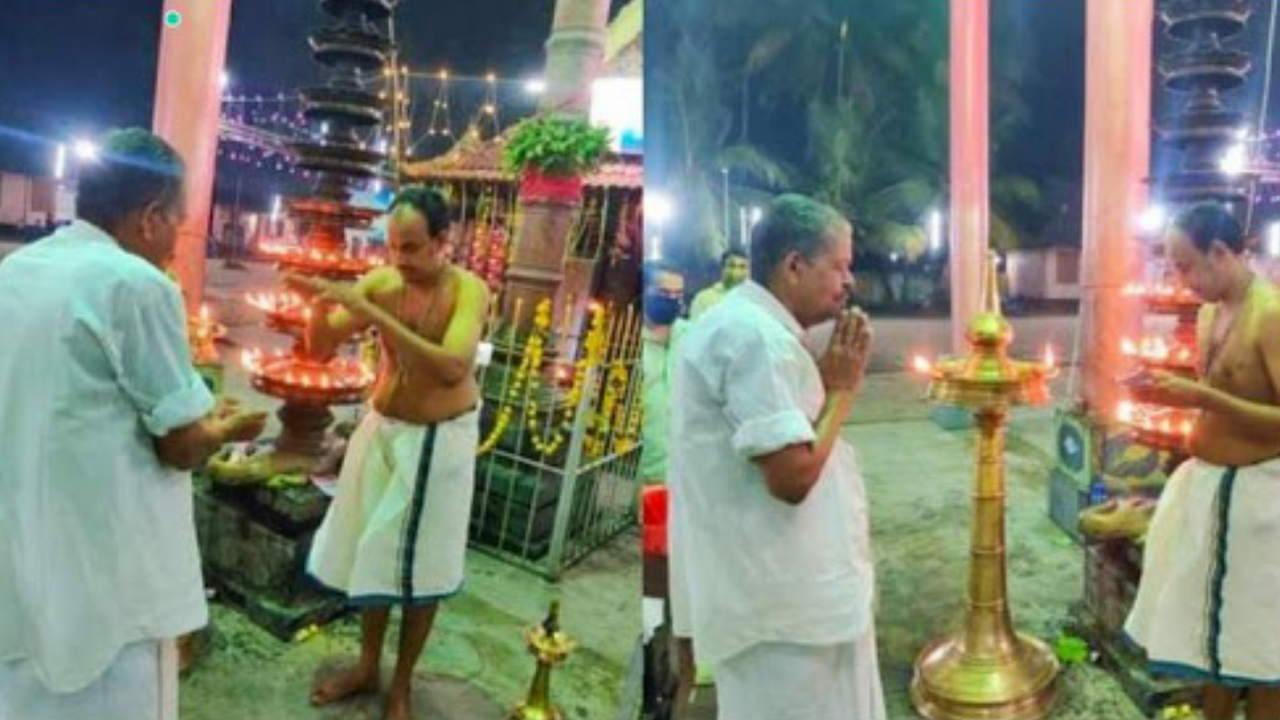 A Congress leader from Kerala’s Alappuzha district faced criticism after inaugurating a fund collection drive for the Ram temple in Ayodhya. The drive is set to take place from January 30 to February 28 and right-wing Hindu organisations have been actively meeting people from various sections of society for raising funds.

Raghunathan Pillai, vice president of the Alappuzha District Congress Committee had inaugurated the Ram temple fund collection drive at Kadavil Temple in Alappuzha by handing over the donation to the temple chief priest.

Senior Congress leaders and workers have come out against Pillai’s action, according to IANS.

CPM state secretary A Vijayaraghavan while speaking said, “The Congress and the RSS-BJP combine have always worked liked Siamese twins in Kerala and this is no surprise for the political workers of Kerala. Several Congress leaders have been doing the same always and Congress does not have any right to speak about secularism after doing this”.

Pillai, however, said that internal rivalry in the Congress is the reason for this controversy and added that he had inaugurated the programme as president of the Pallipuram Pattarya Samajam and that his public life is open to all.

On January 15, the Shri Ram Janmabhoomi Teerth Kshetra Trust, the body set up to oversee the building of the temple, launched a countrywide contribution drive for the construction. The campaign to collect funds will be carried out across 5,25,000 villages.

The Ram temple’s construction began in August, over two weeks after Prime Minister Narendra Modi laid its foundation stone at an elaborate ceremony in Ayodhya on August 5.

A landmark Supreme Court verdict in November 2019 had paved the way for the construction of the Ram temple. The court had ruled that the land, where Babri Masjid stood and was destroyed by marauding Hindu extremists, would be handed over to a government-run trust for the construction of a Ram temple. The court had also said that the demolition of Babri Masjid was illegal and directed the government to acquire an alternative plot of land to build a mosque.