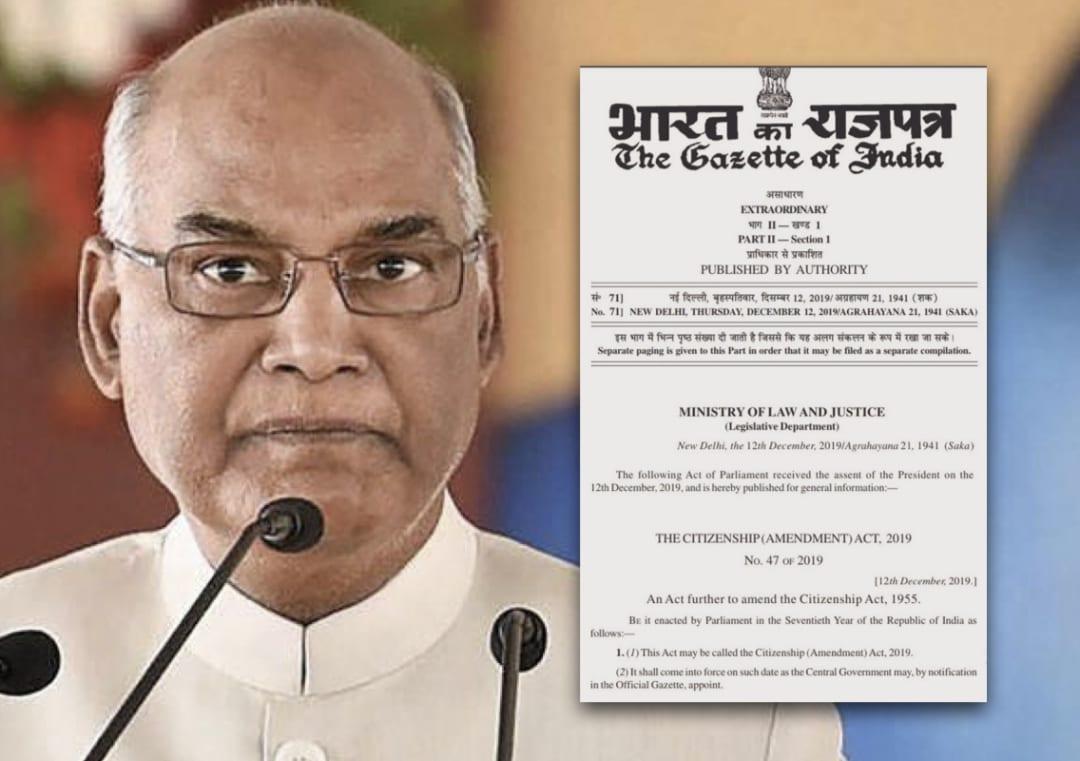 While the Northeast is burning, and the rest of the country has erupted in protests, President Ram Nath Kovind on Thursday night gave his assent to the contentious Citizenship (Amendment) Bill, 2019, turning it into an Act. The law promises citizenship to non-Muslim migrants from three neighbouring countries, except Muslims.

According to an official notification, the law comes into effect with its publication in the official gazette on Thursday.

According to the Act, members of Hindu, Sikh, Buddhist, Jain, Parsi and Christian communities who have come from Pakistan, Bangladesh and Afghanistan till December 31, 2014, and facing religious persecution there will not be treated as illegal immigrants but given Indian citizenship.

The Citizenship (Amendment) Bill was passed by Rajya Sabha on Wednesday and by Lok Sabha on Monday after heated debates.

The passage of the controversial Bill has led to widespread protests across India, especially in Assam which erupted in violent protests. Three flights and 21 train services were cancelled keeping in mind the volatile situation in Assam, according to media reports. The army was deployed in Tripura and reinforcements put on standby in neighbouring Assam.