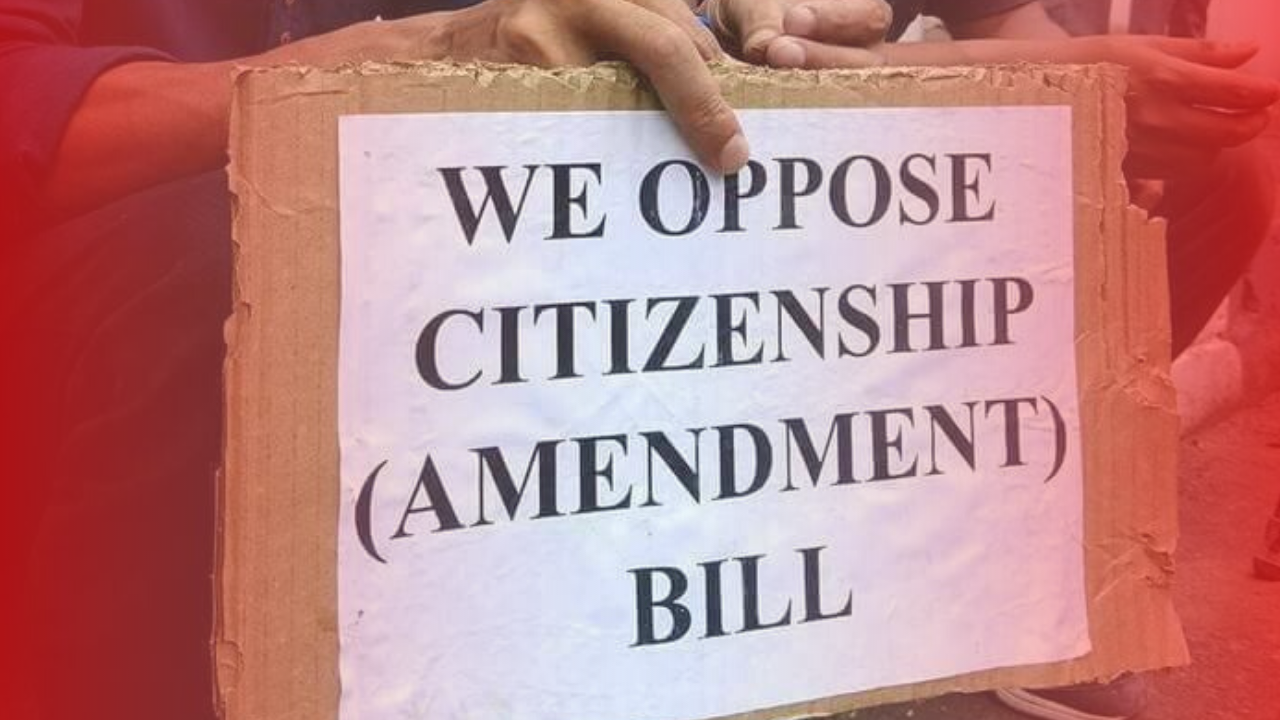 The controversial and sectarian Citizenship (Amendment) Bill or CAB, which seeks to grant Indian citizenship to non-Muslim refugees from Pakistan, Bangladesh and Afghanistan, was cleared by the Union Cabinet on Wednesday for tabling in parliament, inviting widespread criticism.

Muslim organisations slammed the bill as ‘unconstitutional’, for excluding Muslims, and for making religion as a criterion to grant citizenship.

Popular Front of India (PFI) hit out at the centre over the bill, accusing the BJP-led government have “utter disregard” for the constitution.

“The BJP government has shown its true communal colour by effectively leaving out the Muslims from this list. The government’s claim that only persecuted religious minorities are given this opportunity doesn’t stand ground, as the Rohingya Muslims are the most persecuted ethnic minorities as per the United Nations. Interestingly, Afghanistan does not share a border with India, while Myanmar shares a border with India,” PFI said in a statement.

“Religion cannot be a criterion in granting citizenship and by doing so the BJP government has gone against Articles 5 to 10, Article 15 and Article 29 of the Indian constitution which details various categories of persons who are entitled to citizenship. The move is also against Article 14 which guarantees equal rights to all,” it further said.

“Bringing CAB will be a dishonour to our freedom fighters because you will be reviving the two-nation theory. As an Indian Muslim, I rejected Jinnah’s theory now you are making a law wherein, unfortunately, you will be reminding the nation of two-nation theory,” Owaisi was quoted as saying by news agency ANI.

The Cabinet’s decision follows Home Minister Amit Shah’s meetings with the leaders from the North East, where the proposed citizenship rules have faced strong protests. Over the last week, he has held discussions with both political and non-political organisations from Assam, Meghalaya, Tripura, Mizoram and Arunachal Pradesh on the proposed legislation.

On the reports that Arunachal Pradesh, Nagaland and Mizoram, where Inner Line Permit (ILP) regime is applicable, will be exempted from the purview of the bill, the Hyderabad MP said, “If media reports are correct that Northeast states will be exempted then it in itself is a great violation of Article 14 which is a fundamental right. You can’t have two laws on citizenship in the country.”

“India – No country for Muslims,” a message posted through the Peoples Democratic Party chief’s Twitter handle claimed, hours after the Union cabinet cleared the sectarian bill. As the Peoples Democratic Party chief has been in detention since August 5, when the special status of Jammu and Kashmir under Article 370 was scrapped, her daughter operates her social media accounts.

This is not the first time Mehbooba Mufti or her daughter has accused the government of targeting Muslims. “The Government of India’s intention is clear and sinister. They want to change the demography of the only Muslim-majority state in India, disempower Muslims to an extent where they become second-class citizens in their own state,” a tweet posted through the former Jammu and Kashmir Chief Minister’s Twitter handle read hours after Jammu and Kashmir’s special status was scrapped four months ago.

Many took to social media to express their anger and displeasure at the approval of the bill.

The #CitizenshipAmendmentBill should not be seen in isolation. Its extremely dangerous implications become clear when it is seen along with NRC. In short, it is nothing but a 21st century rehashed version of Savarkar and Jinnah's two nation theory.#NoToCAB #BoycottNRC

#CitizenshipAmendmentBill is not just a bill which divides religious communities. It encourages the entry of foreigners in Indian border states which would completely destroy the ethnic culture & job opportunities of many regions. Specially the North East.

All this while, we were protesting and resisting to save India from turning into a ‘Hindu Pakistan’.
But now it looks like the day is not far when we will turn into a ‘Hindu Israel’.#CitizenshipAmendmentBill

Citizenship Amendment Bill is nothing but a cover up for BJP’s errors with NRC. It is likely to open up old wounds of ethnic, religious and linguistic differences in Northeast India. A region which has lost two decades of peace due to conflict is being pushed to instability.

The Union Cabinet today has approved the Citizenship Amendment Bill that grants citizenship to all persecuted minorities except Muslims. What could be more brazenly majoritarian ? https://t.co/q7H1ZWnnbv

Many oppositions leaders also slammed the bill, accusing the BJP-led government of creating unrest in the country.

#CitizenshipAmendmentBill is unfortunate for d country. Unable to understand as to why d present Govt is interested in unrest in d country. If it is passed in Parliament due to majority of d ruling party, it will be a disaster for d country. Media/Press to play a democratic role

The #CitizenshipAmendmentBill is an assault on the Indian Constitution. It tells the world that India discriminates based on religion. It tells India’s 200 million Muslims we don’t care what you think about this shitty bill. Indians of all faiths must oppose this monstrosity!

Being the largest democratic country, how can we pass accept the #CitizenshipAmendmentBill?
Why are Muslims being excluded?
This bill is a grave violation of the Constitution and it's an effort to turn India into a religion-based State.