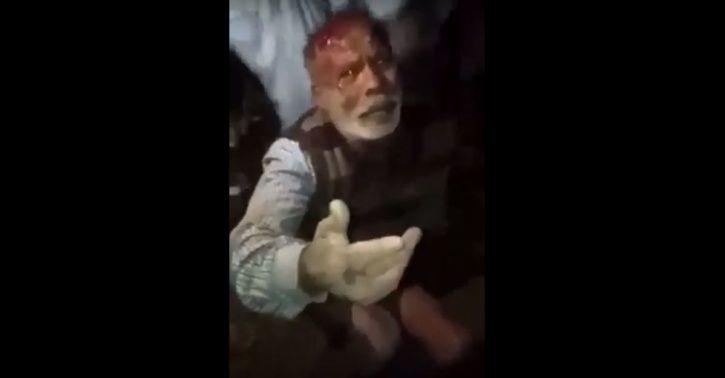 The National Crime Record Bureau’s (NCRB) Crime in India Report 2017, released on Monday after a two-year delay, has excluded vital data relating to lynchings, murder by influential people, murders ordered by khap panchayats and religiously motivated killings, arguing that the available data on it was “unreliable” and “vague”.

The report also left out data on crimes against journalists, whistleblowers and RTI activists for the same reason.

This comes at a time when mob lynchings and hate crimes are on the rise in India since the Modi-led BJP came to power in 2014. In a majority of such cases, particularly those committed by cow terrorists, Muslims and Dalits have been the victims.

After the incident of the brutal Dadri lynching case that took place in 2015, the government had reportedly decided to include lynching as a separate category in NCRB data. According to a report in The Indian Express, the department had collected data on mob lynchings, however, the same has not been published in the report.

While the government found data provided by its own agencies unreliable, a 2018 report by India Spend’s Hate Crime Watch tracker found that Muslims were victims in 62% of cases of religious violence since 2009.

The report pointed out that as many as 90% of religious hate crimes since 2009 have occurred after Modi led the BJP to power at the Centre in 2014.

The NCRB report, which was released on Monday, also gave no data on honour killings, rapes committed during communal/sectarian violence and murders that can be called hate crimes or instigated by fake/false news or rumours.

“It was observed that data received for certain newly created additional parameters/crime heads are unreliable and their definitions are also prone to misinterpretation. Accordingly, data related to certain parameter/crime heads have not been published,” The Telegraph quoted a Union home ministry personnel as saying.

The NCRB also chose to call “vague” the category of “crime committed with firearms”. Another category that figured in the list of “vague” or on which data was unreliable was that of “human violation committed by defence personnel and Central Armed Police Forces”.

No explanation for why acts of terror carried out only by Muslims have been given their own category without including similar acts by people from other religious communities. However, it is quite evident that the ruling BJP is influencing the way the government is choosing to reveal vital crime data, by choosing to omit data on lynchings committed by cow terrorists, while highlighting acts of violence committed by Muslims, giving a fillip to its cause of ultra Hindu nationalism.