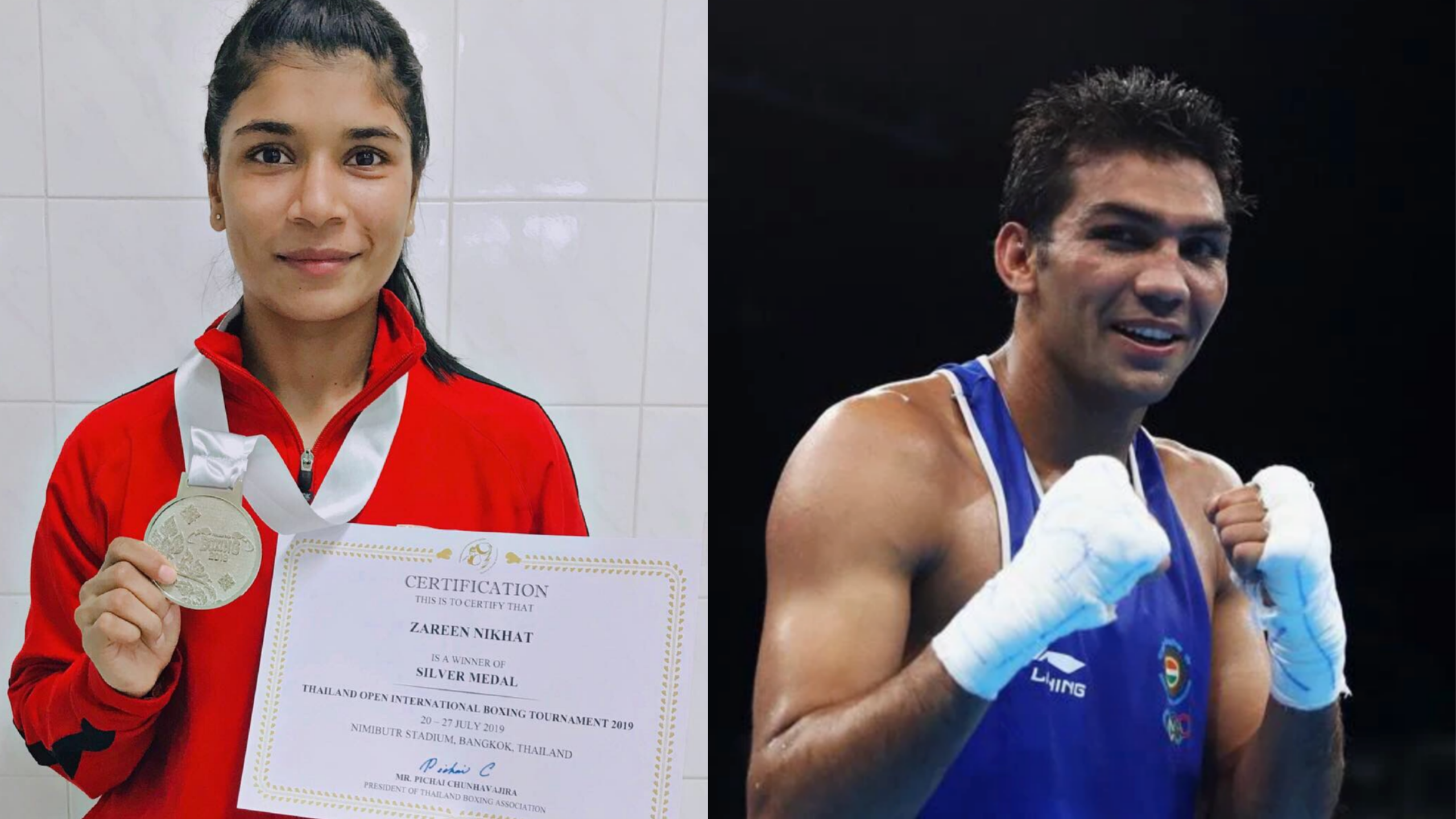 Former world junior champion Nikhat Zareen, and GeeBee Boxing silver-medallist Mohammed Hussamuddin, once again made the country proud by winning the silver medal in the 51 kg category and 56 kg category respectively at the summit clash of the Thailand Open International Boxing Tournament on Saturday.

Nikhat, the Strandja Cup gold medallist and also the Asian Championships bronze-medallist, had to settle for silver as she lost to China’s Chang Yuan in the final.

The Chinese proved too tough for 23-year-old Nikhat and was handed a 5-0 blow. Although disappointed, the Hyderabad girl said she has learned many things which will be helpful in the world championship contest.

Nikhat took to Twitter to celebrate her commendable performance and said that she is only getting better. “Will come back fighting even stronger in the upcoming competitions. Thank you all for your continuous support! (sic),” she tweeted. Nikhat Zareen will compete with six-time world champion Mary Kom at the World Championships trials next week.

Proud to have won silver medal🥈 at Thailand open 2019 after losing in a hard- fought finals with Asian champion.. Lots to learn! Trust me, I’m only getting better! Will come back fighting even stronger in the upcoming competitions.
Thank you all for your continuous support! 🙏🇮🇳 pic.twitter.com/9msImHvBFS

Overall, Indian boxers finished their campaign with a rich haul of eight medals at the championship.