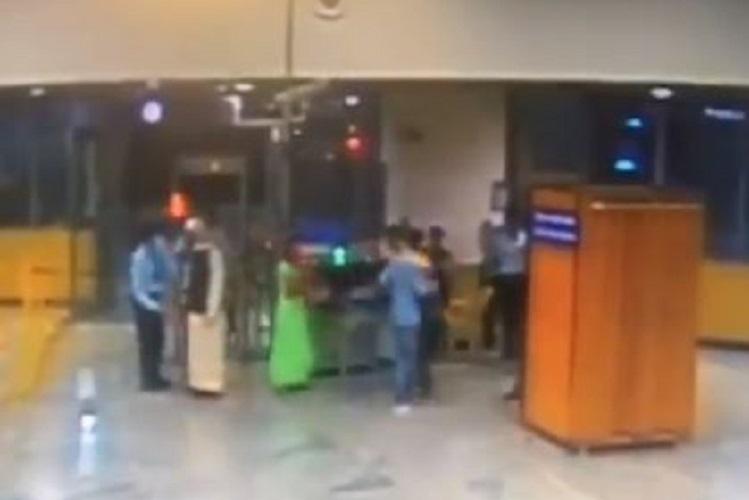 A Bengaluru watchmaker, who was falsely branded as terrorists by local news channels has been cleared of any wrongdoing by the police, in a sigh of relief to him and his family.

Riyaz Ahmed, a 49-year-old watchmaker was projected as a ‘terrorist’ by some TV channels on Monday after a security incident at the city’s Majestic metro station, involving an unidentified person carrying metallic objects, set off an alarm. The man refused to be frisked and left the station after he was refused entry.

CCTV camera footage also showed another man, now identified as Riyaz, who was seen looking at the security checkpoint from a distance, when the other man was pulled out of the line by the security personnel. With no evidence to back up, local news channels broadcasted rumours about terrorists on the loose in the city and beamed Riyaz’s picture as the suspected terrorist.

Riyaz, who has been selling wristwatches for more than two decades in the city said he and his family were shocked to see TV channels accusing him of terrorism. “I was projected as a terror suspect. They said I have come to the city to carry out a terrorist attack similar to what happened in Sri Lanka. I am a poor watchmaker with a wife and children to support. This is my country. This is where I was born, and this is where I will die. I never thought I will be branded as a terrorist one day,” he said.

“With no evidence, some media channels marked Riyaz out and said he was also a terror suspect. He has been selling watches in Majestic for over two decades now. We cleared him after a thorough background check,” said the police.

Riyaz has filed a complaint against Public TV channel, the local news network which falsely projected as a ‘terrorist’.

Ravi D. Channannavar, Deputy Commissioner of Police (West), said Riyaz is worried about his safety as images of him were shown on television channels. “He fears that he may even be lynched by mobs,” The Hindu quoted the police officer as saying.