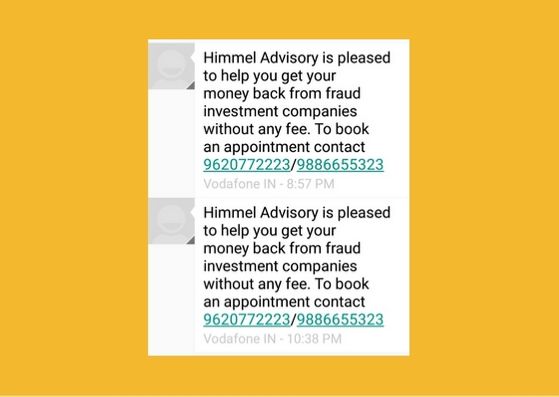 Bengaluru: In yet another Ponzi scheme case, an investment firm in the city’s RT Nagar has been accused of cheating investors, promising them high returns every month.

Naushad said he had invested Rs 4 lakh in Himmel Advisory from January on various occasions but despite several requests, his money was not returned. He alleged that the accused also started to issue death threats when he persisted. When Naushad last visited the office, it was closed and all phone numbers were switched off.

It is alleged that the accused directors lured investors by claiming they could win cars and residential plots if they achieved certain targets. Naziya claimed that her brother Mohsin, who ran M2Mbeez Private Limited, used the investors’ money for various businesses, such as share market, bullion market, and others. After initially returning money to investors, as promised, Nazia allegedly asked them to get their friends and relatives to also invest in the company.

While all the directors of the company are absconding and efforts are on to nab them. Here’s how Himmel Advisory is connected to Morgenall, another Bengaluru-based Ponzi company, which shut office in September last year and cheated investors to the tune of hundreds of crores.

Days after Morgenall went bust, messages started circulating on WhatsApp groups operated by the company’s victims about a strange and suspicious SMS a lot of them had received on their phones. The message was from an unknown company, which had asked them to get in touch with them, “if they want their money from fraud investment companies without any fee”.

That company was none other than Himmel Advisory. 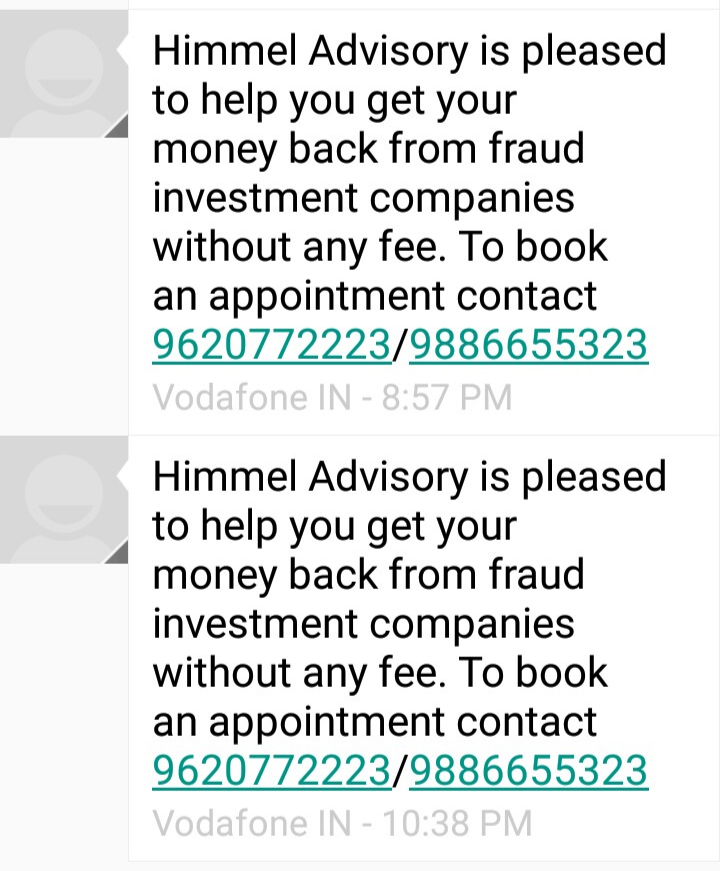 Morgenall shut its operations on September 25, 2018, while as Himmel Advisory LLP was registered on September 22, 2018. That is only three days before Morgenall’s directors, the husband and wife duo of Irfan Pasha and Fathima Maqdooma went absconding. Interestingly, M2Mbeez Private Limited was registered on August 10, 2018, which is only a month before Morgenall’s closure.

The connection between Himmel Advisory and Morgenall is quite apparent. But the extent of the Himmel Advisory scam, the people involved, and the nexus they had, can be wholly ascertained, only after the directors are arrested.

Also read how The Cognate tracked down Morgenall CEO Irfan Pasha and his wife Fathima Maqdooma in Doha, Qatar.