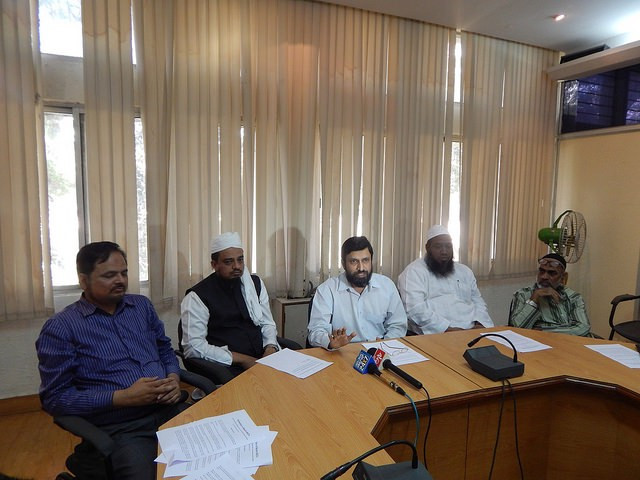 Bengaluru: The Federation of Muslim NGO’s Monday questioned the nature of statements and reports made by sections of media and ministers including Minister of State for Home in the Union cabinet Kiren Rijiju who said, ‘that the possibility of the involvement of SIMI cannot be ruled out’, in relation to the recent bomb blast in the city.

Accusing the minister of prejudicing the investigation, the leaders of the Muslim organizations asked, “why did he pick only SIMI and why not Sanathan Sanstha, which is also accused of terror attacks?” They said Terrorism has no religion or colour.

The statement is intended to ensure that there is no fair investigation. We fervently hope that the police will not be prejudiced and will act in a fair manner without being influenced by the political bosses, they said.

Every time the police pick up an innocent person to show “progress” in investigation, the actual perpetrators are getting away scot-free and get emboldened to do more acts of terror, they said.

“We condemn the terror act with all force at our command. We extend our deepest condolences to the family of Bhavani, our prayers are with her loved ones.” they said.

They also said that the perpetrators of this crime against humanity deserve to be tried and punished with the maximum punishment after a fair Trial.

The blast on Sunday at the city’s Church Street at 8.35 p.m. claimed the life of a woman and injuring three others.

The police identified the dead as Bhavani Devi, 37, from Chennai. The injured, Karthick, Sandeep and Vinay, have been admitted to Mallya Hospital and HOSMAT Hospital.

Though the City Police Commissioner M.N. Reddi has said that “we have certain leads” about the blast, however, the announcement of Rs. 10 lac reward for leads today, raises questions if the police have any leads at all.

A Twitter handle — @LatestAbdul claimed responsibility for the blast Monday. However, following the track of the recent Rajasthan “IM” threat mail case, where the email sender was found to be a jobless youth, the tweeter was identified as a 17-year-old boy. City DCP (CCB) Abhishek Goyal tweeted: “#LatestAbdul secured. A 17-year-old kid, Satish (name changed).”

The police said the boy appeared to be ‘psychologically stressed’ and police are talking to him and his parents. In another tweet, police said, “Spoke to the misguided person. It reiterates the point that the social media has to be used responsibly or it could be dangerous.”

The leaders of the Federation of Muslim NGO’s demanded that a fair investigation be conducted. “In doing so no innocent will be harassed and the principle that a person is innocent until proved guilty will be followed,” they said.

A district court in Jaipur on Tuesday ordered life imprisonment to 12 alleged members of the Students Islamic Movement of India (SIMI), accused of...