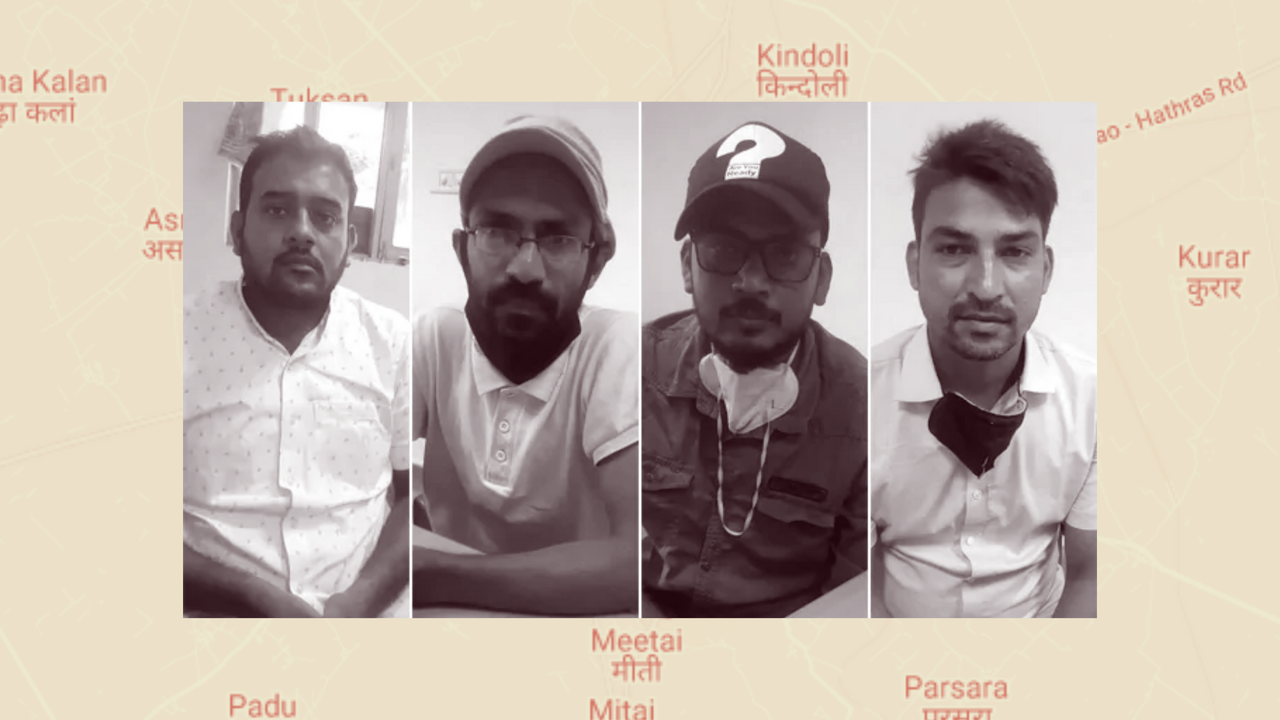 The Uttar Pradesh police have arrested four people, including a journalist when they were on their way to Hathras district, where the gangrape and brutal assault of a Dalit woman has sparked nationwide outrage. Responding to the UP police’s attempt to link Popular Front of India (PFI) to the case by alleging a conspiracy to incite caste violence, PFI has discarded the allegation as being “completely baseless and ridiculous” and an “attempt by the Uttar Pradesh government to divert the attention away from its failure to handle the Hathras rape case.”

Kerala journalist Siddique Kappan and three student leaders of the Campus Front of India (CFI), a student wing of PFI were arrested by the UP police and have been booked under provisions of the draconian Unlawful Activities (Prevention) Act (UAPA) and sedition.

Siddique Kappan, secretary of Kerala Union of Working Journalists (KUWJ) Delhi unit and a senior Delhi-based journalist working for several Malayalam media houses had gone to Hathras on Tuesday morning to report the Hathras rape case. The journalist body has condemned his arrest and moved to the Supreme Court against it.

“These arrests prove that in UP, even intending to meet the family of the victims is a crime,” PFI said in a statement.

The development comes amid allegations by UP chief minister Ajay Mohan Bisht alias Yogi Adityanath that there is a “larger conspiracy” to defame his government.

Anis Ahmed, General Secretary of PFI said, “The current round of allegations is a product of machinery led by the central government to save the face of the UP government.”

All four arrested persons were remanded to 14 days’ judicial custody by a local court in Mathura. Their mobile phones, a laptop and some literature they carried were seized, a police statement said. The FIR mentions a website- justiceforhathrasvictim.carrd.co, which had information on how to protest safely and avoid the police. The police have stated that the website incites violence and threatens the law and order situation.

The Popular Front of India link has not been mentioned in the FIR while the four have been accused of running the website and that it has been created under the garb of ‘collecting funds’ to incite violence. The website has since been taken down but a cached version is available for reference.

According to PFI, during the anti-CAA protests, the UP police had alleged that Popular Front’s UP state adhoc committee members were the mastermind of the violence but failed miserably in the court and everyone were released on bail. Allegations of PFI’s involvement in the Delhi riots by the Delhi Police was turned down when the 2 state leaders arrested, were released by the court within a day.

The Dalit woman was gang-raped by four upper-caste men in Hathras on September 14. She died in a hospital in Delhi on September 29 and was ‘forcibly cremated’ by the police in the early morning hours of September. Last week, there was a steady stream of political visitors to the rape victim’s village. The UP police are under intense scrutiny for cremating the victim’s body against her family’s wishes. It has also been accused of manhandling political leaders.