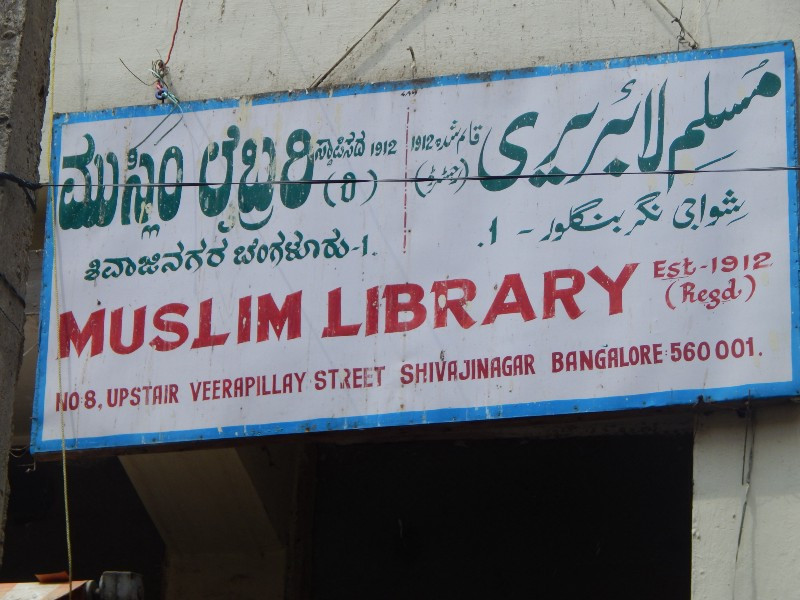 Bangalore: The city’s grand old Muslim Library celebrates its 100th birthday this month and it plans to mark the occasion with a stately centenary celebrations. Thanks to the sustained support it has received from members and readers throughout the years, the library has continued to withstand the test of time, and the present patrons want to extend their gratitude, to the founders and its varied supporters on the occasion.

Located in the narrow and crowded bylanes of Shivajinagar, the library was established in May 1912 by a group of Muslim intellectuals, who felt the need for a public space for intellectual erudition, free of regressive ideas and political compression. Founded by prominnet personalisties like Abdur Rauf, Muhammad Abdulaziz, advocate Muhammad Saleh Ansari, Mahmood Khan and others, its early trustees also included Mahmood Khan Mahmood, the celebrated historian and author of the most authoritative history of Tipu Sultan in Urdu — Saltanat-e-Khudadad.

The library, which boasts some rare and important manuscripts in Urdu and Persian languages, is a treasure trove of history and great literary works. Visitors’ register at the Muslim Library records visits and comments of such eminent figures like Muhammad Iqbal (who paid a visit in 1929), writer Syed Sulaiman Nadvi (1925), Baba-e-Urdu Maulvi Abdul Haq, editor of Urdu literary journal Shair (1937) , Seemab Akbarabadi, poet Josh Malihabadi and poet Jigar Moradabadi, (all in 1942).

The library is self-financed, usually backed by its members and trustees. “We don’t like receiveing government funds, or funds from any political outfits, because such financing will betray the purpose of our existence,” says Ayub A. Khan, the current president of the library.

The centenary celebrations will be held at the city’s Feroze Estate Terrace Garden on Sunday the 28th of September, and will include a presentation on the history of the library, showcasing pictures and memorabilia collected over the years. There will also be an award presentation, “to those who have selflessly served the library without any monetray gains from it.” Khan said, the event “is our small effort to remember those, who left a lasting legacy behind. It’s especially targeted towards the younger generation”.

The guest of honour at the event will include Mufti Ashraf Ali, Minister for Infrastructure, R. Roshan Baig, and retired justice Jawad Rahim, among others.