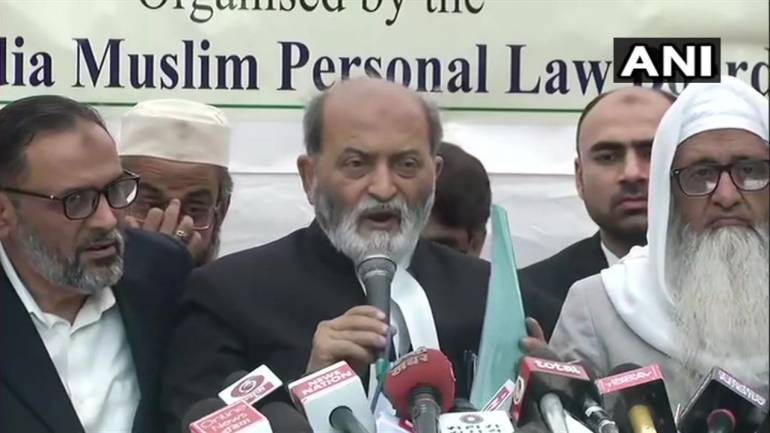 Uttar Pradesh Sunni Central Waqf Board’s lawyer Zafaryab Jilani on Saturday expressed dissatisfaction over the Supreme Court’s verdict on the Babri Masjid case, saying it had a lot of contradictions and the board would seek a review. Jilani, who has represented the Muslim side in the Babri Masjid-Ram Janmabhoomi title suit, said the board is “not satisfied” with the judgment, which ruled in favour of Ram Janmabhoomi Nyas.

Addressing a press conference after the Supreme Court verdict on the Ayodhya title dispute case, senior advocate Zafaryab Jilani said, “We respect the judgment but we are not satisfied, we will decide further course of action.”

On the allocation of land for Muslims to construct a masjid elsewhere, he said, “Five acres has no value for us. We are not satisfied at all.”

He also said that the Ayodhya judgment has a lot of contradictions.

“[We] respect the verdict but the judgment is not satisfactory. The Ayodhya verdict has a lot of contradictions, we will seek a review on it,” the senior advocate said, adding, “There are several portions in the judgment…we are unhappy and dissatisfied with this judgment. We will file a review petition if our committee agrees on it. It is our right and it is in the Supreme Court’s rules as well.”

Appealing for peace, Jilani said: “We will decide the future course of action after reading the judgment. There are several contradictions and some incorrect findings also.”

He clarified that the inner courtyard is of concern to them and not the outer courtyard.

Reiterating his appeal to maintain calm and not protest, he said, “It is not a defeat. We will discuss if review petition should be filed or not.”