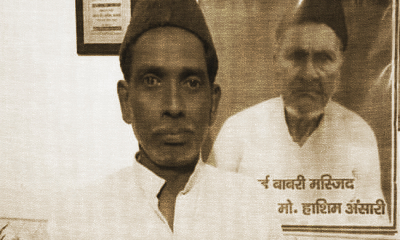 Iqbal Ansari, one of the main litigants in the Babri Masjid demolition case was physically assaulted at his house by two people who, allegedly threatened to kill him if he did not withdraw the case.

Ansari, a resident of Faizabad in Uttar Pradesh, alleged on Tuesday that a man-woman duo came to his house on the pretext of discussing issues like Triple Talaq and then brought up the issue of the Ram Temple.

“The woman introduced herself as Vartika Singh and claimed that she was an international shooter. They asked me to withdraw my claim from the dispute, threatening that she would otherwise shoot me,” Ansari told reporters.

“They then attacked me but I was saved by my security personnel,” Ansari said, adding that he did not sustain any injuries in the attack. He said that people in his neighbourhood had seen the woman roaming around the area since Monday.

Confirming the incident, Faizabad Superintendent of Police [City] Vijay Pal Singh said that the attackers had been detained, but were eventually released. On being asked if an FIR had been filed in the matter, Singh said: “I will let you know”.

The incident occurred on the day the Supreme Court issued a notice to two persons for threatening advocate Rajeev Dhavan for representing the Sunni Wakf Board in the Babri Masjid case. Dhavan had sought contempt proceedings to be initiated against retired government education officer N Shanmugam a man called Sanjay Kalal Bajrangi for threatening him and warning him of consequences.

The dispute over the land has been going on for several decades, with both Hindu and Muslim groups claiming their right to it. A mediation effort by a court-appointed panel failed earlier this year, after which the Supreme Court began hearing the case on a daily basis.