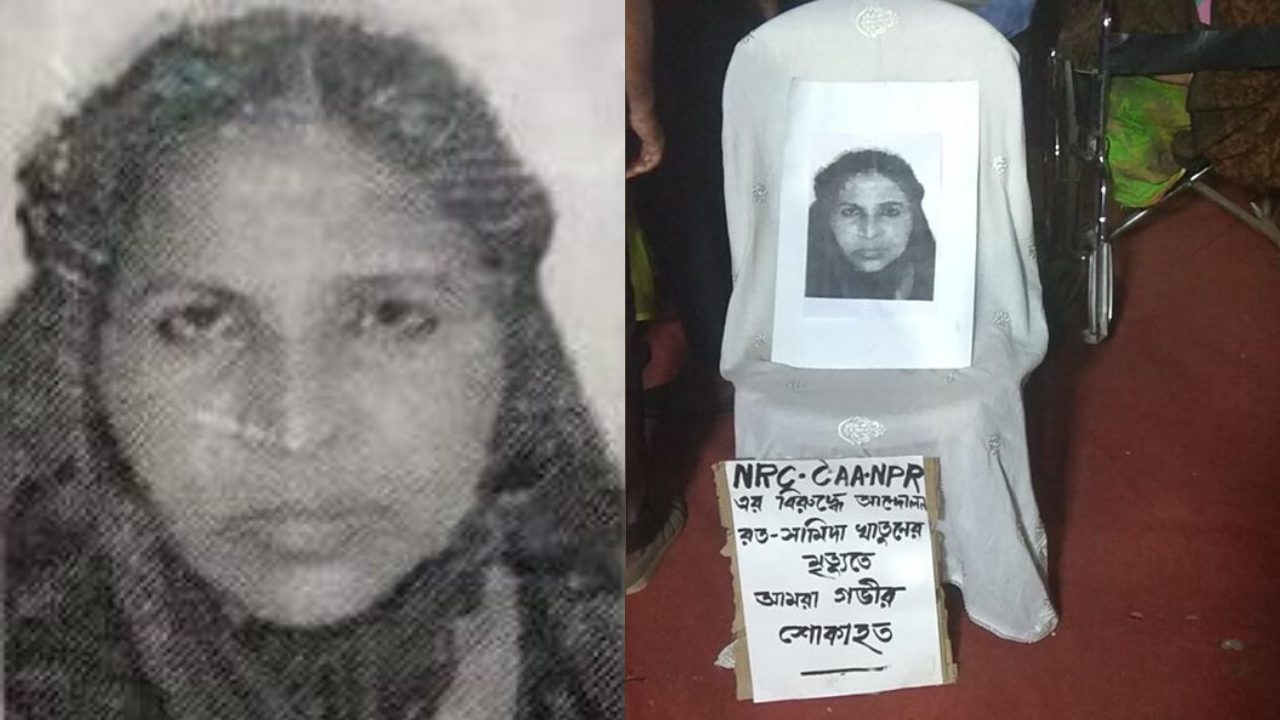 A woman protester at the anti-Citizenship Amendment Act (CAA) and National Register of Citizens (NRC) protest at Kolkata’s Park Circus passed away early on Sunday after she fell ill at the venue.

The woman, identified as Sameeda Khatoon, a resident of Entally in central Kolkata, suffered a heart attack and was rushed to the Islamia Hospital where she was declared dead.

Writer and academic Mohammad Reyaz, who announced her death on Facebook, described her as a brave woman, who despite ill health and cold weather, participated in the protest every day at Park Circus, which is also evoked as Kolkata’s Shaheen Bagh.

Sameeda Khatoon, said to be an asthma patient, was a regular at the demonstrations for the past 15 days. “Every day, she would arrive around 3 pm and stay till 1 am”, said a protester.

As a mark of respect to her, loudspeakers were switched off on Sunday morning by protesters as they observed silence in her memory.

BJP state general secretary Sayantan Basu, triggered a controversy saying: “First we need to check whether she was a Bangladeshi or an Indian citizen.”

State food minister and senior Trinamool Congress leader Jyotipriyo Mullick lashed at out at him saying: “He (Basu) is a lunatic. He is not fit to speak in public.”

On January 7, taking a page out of the anti-CAA gathering in Delhi’s Shaheen Bagh, some women from the largely Muslim neighbourhood of Park Circus descended on the local park, expressing their anxiety, disappointment and anger against the divisve act.

According to the Act, members of Hindu, Sikh, Buddhist, Jain, Parsi and Christian communities who have come from Pakistan, Bangladesh and Afghanistan till December 31, 2014, and facing religious persecution there will not be treated as illegal immigrants but given Indian citizenship. The Act intentionally leaves out Muslims.