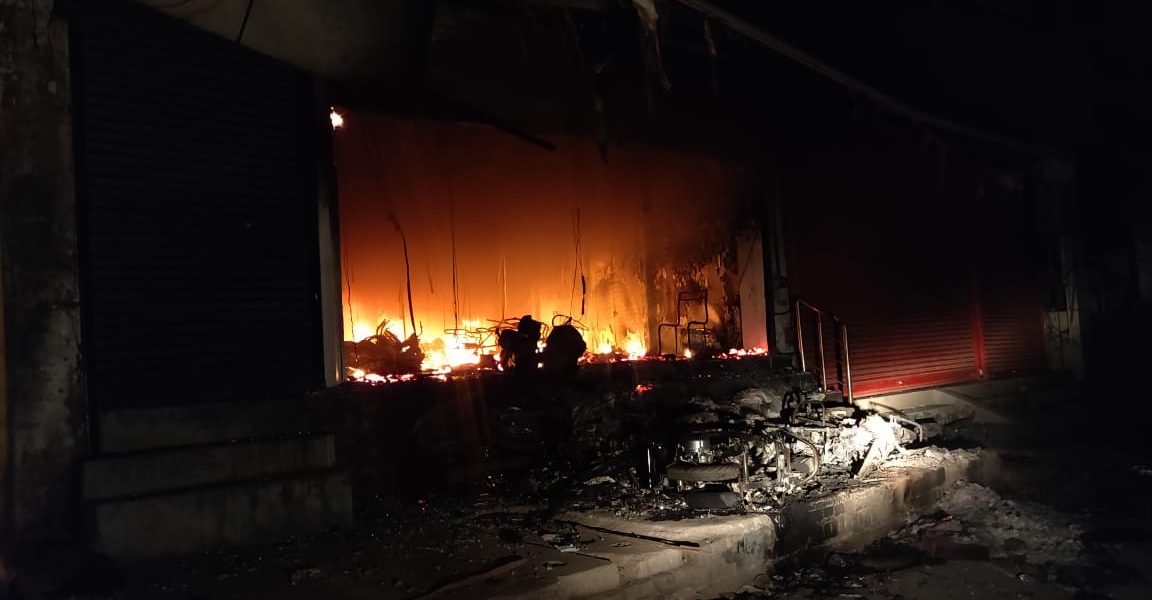 A Hindutva mob attacked the anti-CAA protest site, injuring several people including children. Houses and shops belonging to Muslims were set on fire.

AAP member Amit Mishra tweeted a video of violence from Mustafabad, which shows a Hindu mob trying to break into a Muslim house.

The Wire reported: “Late into the evening of February 25, armed and masked men came and set fire to jhuggis (slum dwellings) and vehicles in a different part of Mustafabad, while Delhi police looked on. Near a group of burning homes, other residents of the slum – who identified themselves as Hindus from the Mahavat jaat – told the Wire that the burning jhuggis belonged to Muslims who had fled the area the previous day. They said the fires were started by men shouting ‘Jai Shri Ram’, and others said the men were members of the Bajrang Dal.”

“Keh rehe the tum bolte raho aur bachte raho – tum Jai Shri Ram nahi bologe tho mare jaoge,” (“They said, say this and save yourselves – if you don’t say Jai Shriu Ram you will be killed”) a resident said, in recorded footage.