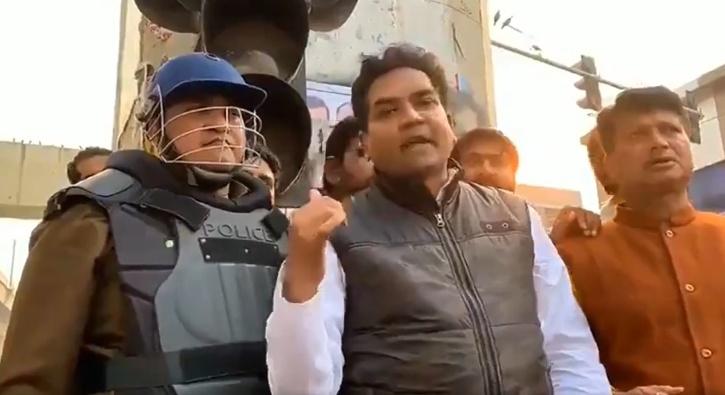 On the afternoon of 23 February, a Sunday, a rally was organized in Maujpur, led by Delhi BJP leader Kapil Mishra. Standing next to a policeman, Mishra demanded that anti-CAA protesters in Chand Bagh and Jaffrabad be removed within three days. If not, he warned, his supporters would take matters into their own hands. Soon after, stone-pelting began in the area. Hindu groups march in Khajuri Khas area. A Muslim-owned shop is set on fire.