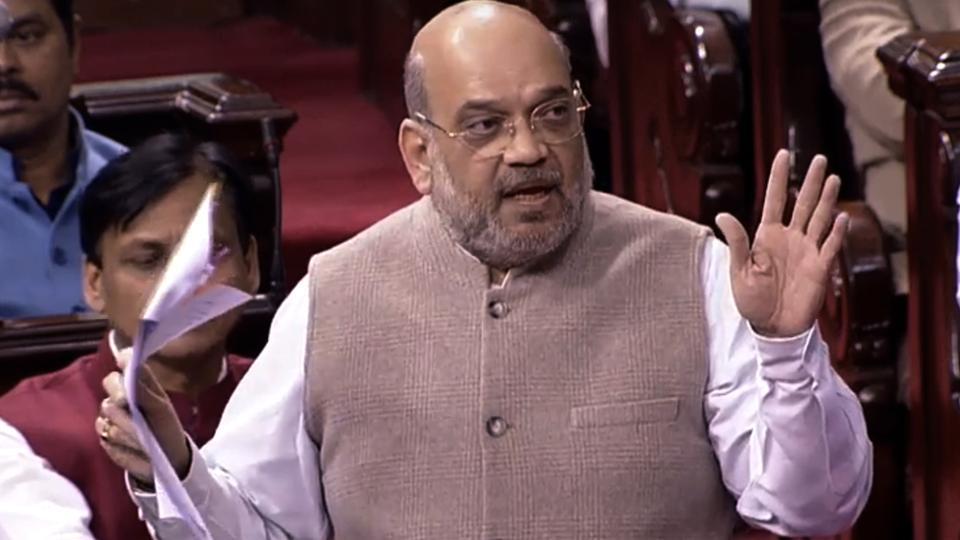 With Assam burning and amidst protests across the country, the Rajya Sabha passed the Citizenship Amendment Bill on Wednesday after close to eight hours of debate. The bill was passed with 125 votes for and 105 against. The Lok Sabha had approved the bill on Monday.

Tabling the Bill in the Rajya Sabha on Wednesday afternoon, Home Minister Amit Shah made allegations that minorities in the neighbouring countries mentioned were not being looked after. In Pakistan and Afghanistan, he alleged, minority populations have been on the decline.

“Minorities in India need not worry,” Shah said. “The government is committed to constitutional principles. People in Assam too need not worry [there have been widespread protests in the state against the Bill]. We are committed to upholding the Assam Accord. No Northeastern state needs to worry.”

The bill provides Indian citizenship to Hindus, Jains, Christians, Sikhs, Buddhists and Parsis from Bangladesh, Pakistan and Afghanistan after seven years of residence in India instead of 12 years, which is the current norm, even if they do not possess any document.

The bill excludes Muslims, making religion as a criterion to grant citizenship. It has been criticised as being anti-constitutional and blatantly communal and anti-Muslim.

Anand Sharma of the Congress, who was the first to speak in opposition said, “In the past, whenever people faced persecution, which happened in Sri Lanka, when genocide happened in Uganda, when Pondicherry, Goa were liberated, all these people were granted Indian citizenship. But religion was never made ground for giving citizenship as it violates our foundations.”

“Let’s also talk about the National Register of Citizens in Assam and your idea for a pan-India NRC,” Sharma continued, directing his remarks at Shah. “I recently watched a documentary on detention centres. How can you keep people in these conditions? With children separated from their mothers?”

Derek O’Brien of the Trinamool Congress spoke next, condemning the Bill as “unconstitutional”. There are “eery similarities”, the leader from West Bengal said, between the Citizenship (Amendment) Bill and two laws that were passed in Nazi Germany.

“The prime minister and home minister are using words like ‘vermin’, ‘termites’ to describe immigrants. They talk about rights, and how ‘ghuspetiya’ are taking away their rights, but two crore people within the country have lost their jobs. You can provide for the people already here, how will you provide for the others?” O’Brien said.

Aam Aadmi Party MP Sanjay Singh also said the bill was against the Preamble of the Constitution, and against the dreams of Gandhi and Bhagat Singh, while Congress’ Kapil Sibal said it was “morally reprehensible”. “Those who have no idea of India cannot protect the idea of India. Don’t convert this Indian republic into a Jurassic republic,” Sibal said. He added that the bill gave legal colour to the two-nation theory.

MDMK leader Vaiko criticised the Bill’s exclusion of Muslims from its purview. He said because the Bill excluded Rohingya refugees from Myanmar, Tamil refugees in Sri Lanka and Mulsim sects such as Shias and Ahmadiyas, it is an “attack on secularism and democracy”. Reading out a statement issued by scientists opposing the Bill, he concluded, “This Bill should be dumped in the Bay of Bengal.”

Law minister Ravishankar Prasad who defended the bill said, “Some members are wondering, what the court will say about this law. The two houses of parliament have complete autonomy. After it is passed, if somebody chooses to appeal, it is their right.”

Shah further added that the Bill deals with giving citizenship to persecuted religious communities from Afghanistan, Pakistan and Bangladesh. “This Bill does not have anything to do with taking away the citizenship of Indians. So why is the opposition talking about Indian Muslims? Their citizenship is safe.”