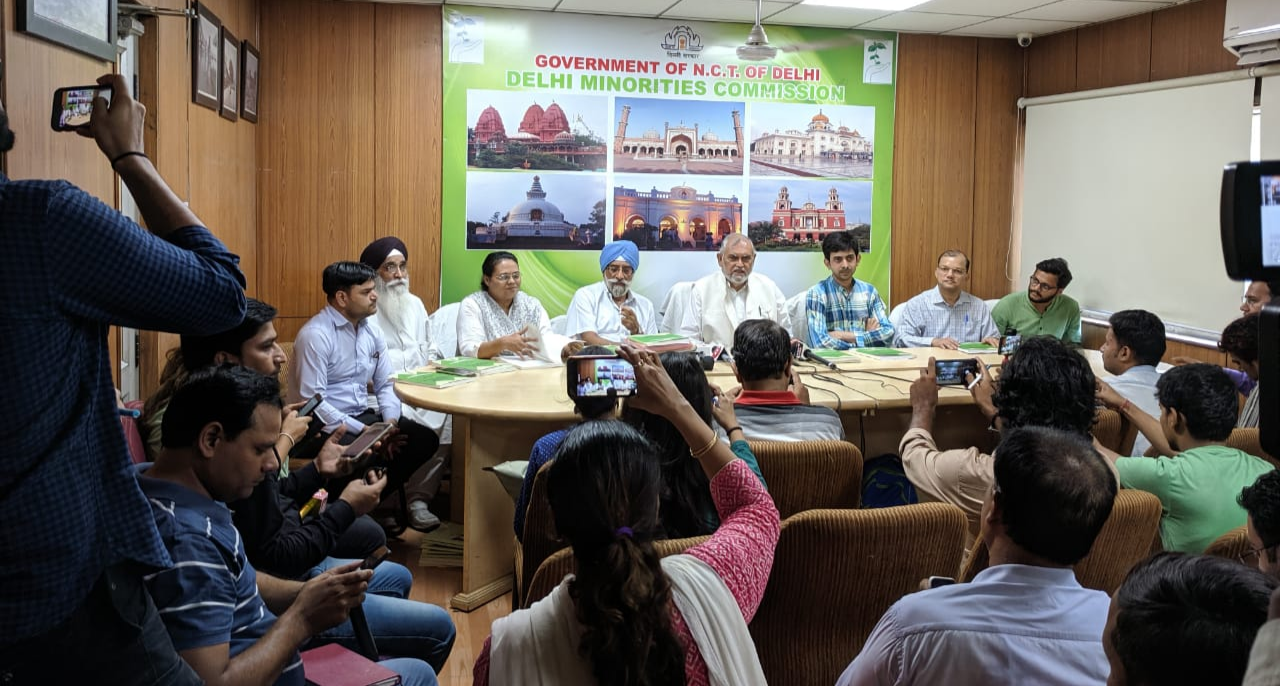 The fact-finding committee appointed by the Delhi Minorities Commission (DMC) has refuted the allegations made by BJP MP Parvesh Verma of ‘illegal’ mosques, graveyards, and madrasas being built on government land in West Delhi.

The committee said the allegations targeted a particular community and tried to “disturb the communal harmony”, and recommended initiating legal proceedings against Verma for his false allegations.

The committee urged the DMC to lodge a complaint against the BJP MP with the Ethics Committee of the Lok Sabha as it is “clearly found that he has violated his oath of office”.

Last month, BJP MP West Delhi Parvesh Varma had submitted a list of 54 mosques and Muslim graveyards to Delhi Lieutenant Governor Anil Baijal claiming that they have been built ‘illegally’ in his constituency.

Verma had said that if the “menace” of mosques construction is not attended on priority, it will take an “ugly turn”, which will be difficult to manage later. Delhi BJP president Manoj Tiwari had also said that he will conduct a survey on mosques in his constituency.

In response to the allegations, the DMC set up a five-member committee headed by human rights activist Ovais Sultan Khan to probe into the issue.

Presenting the report titled, “The Legal Status of Religious Spaces in and around West Delhi”, Ovais Sultan commented, that “the BJP MP was selective in his outburst.” He said the committee visited all the sites that the BJP MP had listed but did not find any of the 54 mosques or graveyards on government land. Instead, he said that they found a temple which was on government land and the BJP MP’s posters were on it.

“We formed a fact-finding committee a month ago after BJP MP Parvesh Verma claimed that mosques were being built in Delhi illegally. He also gave a report to Delhi LG about 54 such mosques. Those reports are found to be false by fact-finding committee,” DMC chairman Zafarul Islam Khan said in a press conference.

“We understand it [the statement] was on communal lines. Elections are coming and they want to talk about these things so that there is polarization and increase in their vote bank.”

“In view of the upcoming Assembly elections in Delhi, there should be zero tolerance against those spreading hate and incitement to violence against particular communities,” another recommendation of the committee read.

Read the full report below: