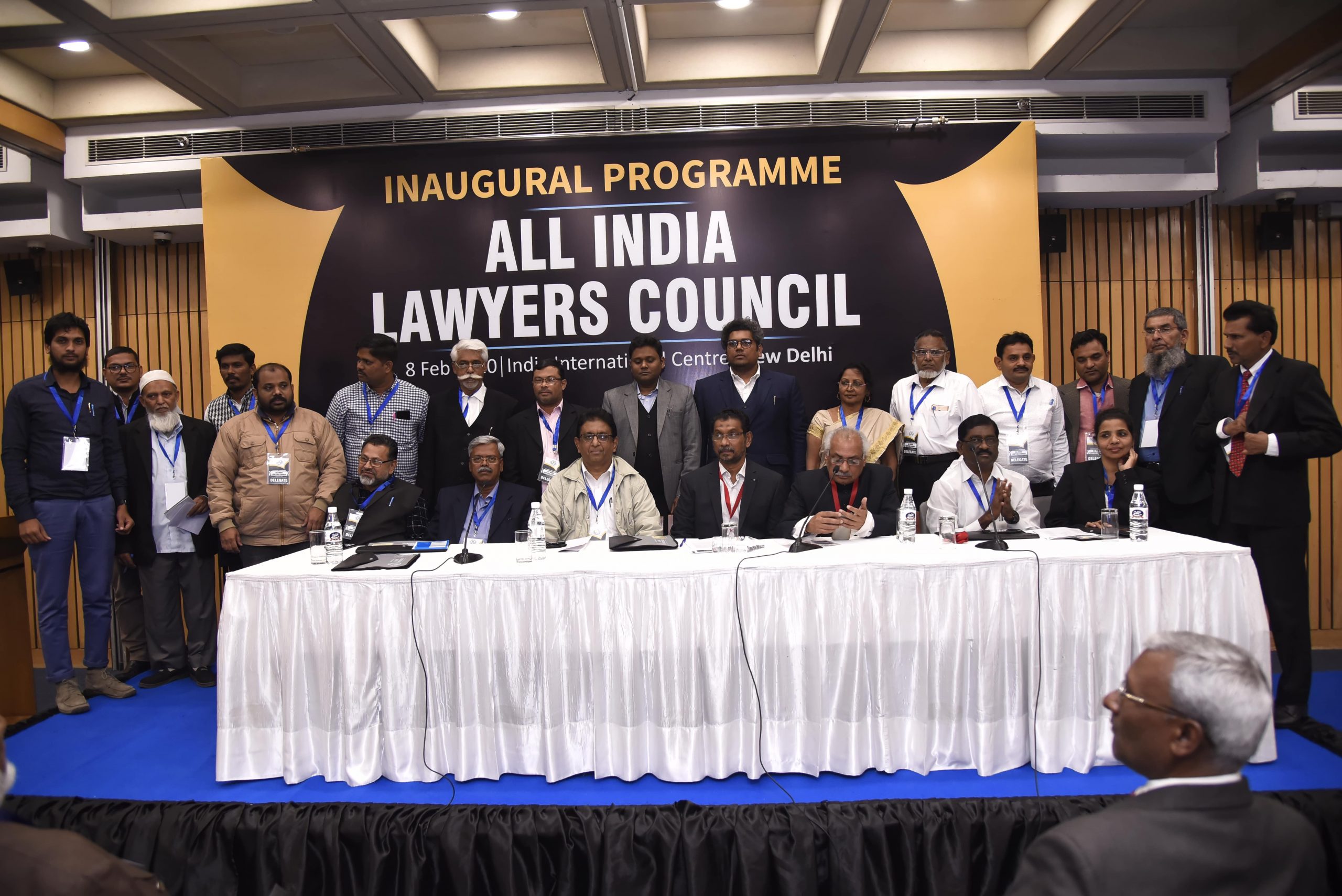 New Delhi: The All India Lawyers Council (AILC) was launched in the meeting of advocates gathered at the India International Centre, New Delhi here on Saturday 8 February.

Retired Justice Ravindra Singh of Allahabad High Court inaugurated the session. In the inaugural address, he said: “The country as a whole is in turmoil. The lead role has to be played by the intellectuals. Among the intellectuals, the lawyers are on the top. We have to take the lead because, in every field and every sphere of life, there is political interference. Peaceful agitation is our democratic right. The lawyers have to lead society. Judiciary as a whole, I have no hesitation to say that, it is under attack. We should be very careful. In case, the judiciary is under attack, democracy will not survive. For saving the judiciary, the lawyers, not the judges, have to come forward. They can protect the judiciary. Judges may come for a particular time. They come and go, but, you are there. This is a very tough period for the judiciary also. The lawyers are not happy in the working as well as the decisions taken by the government.”

In his keynote address, Advocate Sharfuddin Ahmad, National Vice-President of Social Democratic Party of India (SDPI) said: “The State has been turned into an instrument at the hands of capitalistic forces, the media is reduced as propaganda machine promoting the anti-people programmes of the government and hostility among various sections, particularly between Hindus and Muslims. The dissent and disagreement to the government policies and programmes are being branded as anti-national.”

P.K. Ibrahim, Advocate of Kerala High Court said, “All our constitutional systems including the judiciary are facing the unprecedented threat. It is the need of the hour to protect the constitutional values at any cost.”

Mehmood Pracha, Advocate of Supreme Court said that the press conference conducted by the sitting judges of Supreme Court a few years ago, itself indicated the alarming situation prevailing in the judicial system. Women and children are in the forefront of the peaceful protests across the country to protect the Constitution. The lawyers are duty-bound to protect them legally.

Advocate Ehiya from Madras High Court also addressed the audience. There was an interactive session of the participants on different legal issues.

The election of the office bearers and committee members was held in the afternoon session.

After the election, Adv. P.K. Ibrahim, Treasurer read over the Preamble of the Constitution and the same was recited by the newly elected office bearers, committee members and audience.

The following resolution was passed by AILC: