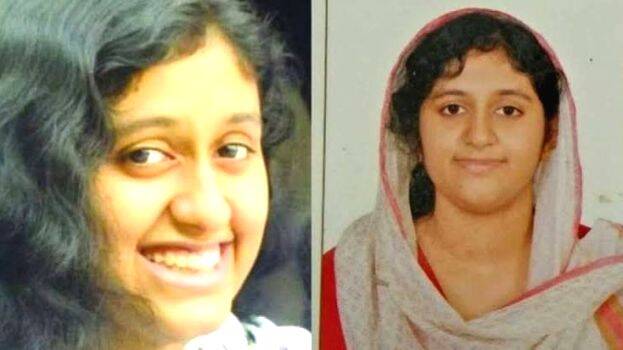 Viswanathan, who visited IIT-Madras on Thursday and conducted inquiries, said a special team has been formed under the CCB to conduct a detailed probe into the death of Fathima Latheef.

“Since this is a sensitive case, we thought it would be better if senior police officers probe it. We have shifted this case to the Central Crime Branch. A special team has been constituted, which will be headed by C. Easwaramoorthy, Additional Commissioner, CCB,” said Viswanathan.

The team also comprises Prabhakaran, the former Assistant Commissioner, CBI. Megalina, the Additional Deputy Commissioner (Crime against Women and Children), will be acting as the Chief Investigating Officer.

A first-year student of IIT-Madras, 19-years-old Fathima Latheef was found hanging in her hostel room on November 9. She hailed from Kollam in Kerala.

Following her death, her father Abdul Latheef made public her suicide notes, which details the harassment she had allegedly undergone. She had also named three of her professors in her note.

“In the case of my death, This should be considered as my last non nuncupative statement. I never realised that I would miss my home so much. I abhor this place. How I yearn for my home, to be suspended in that delicious inertia like an interminable sleep from which I can never be roused. In the case of my death, the whole of blame will be unremittingly upon Mr Hemachandran Karah and Mr Milind Brahme,” says one of the extracts from Fathima’s notes.

In another note found on her phone, she had blamed another faculty member. “Sudarshan Padmanabhan is the cause of my death,” she had written. Fathima’s body was brought to her hometown in Kilikolloor and laid to rest on Monday after autopsy procedures at Royapettah Government Hospital in Chennai.

Her family has blamed the death on religious discrimination by her faculties. They have alleged that the faculties allegedly taunted her for being a Muslim.

“My daughter faced casteist and religious discrimination from her faculties. Earlier she said that her name (Muslim name) itself is a problem there”, Maktoob quoted Fatima’s father Abdul Latheef as saying.

Several student groups, including Campus Front of India (CFI), SFI, and others from across India staged massive protests demanding a thorough probe into the case. CFI activists also raised slogans against the premier institute’s toxic environment for Muslim and Dalit students, and have demanded that those responsible for her death be punished.

Manithaneya Makkal Katchi (MMK) leader M.H. Jawahirullah demanded a probe by CCB into the case, after he spoke to Fathima’s family.

All India Majlis-e-Ittehadul Muslimeen (AIMIMA) leader Asaduddin Owaisi said that Fathima’s suicide was a direct result of the discrimination she faced as a Muslim. “As the institutional murders of Rohith Vemula and Payal Tadvi have shown, Dalit, Adivasi and Muslim students face immense odds in the education system. Universities have failed in addressing the discrimination and exclusion that young men and women like Fathima had to face, he said.

Popular Front of India’s (PFI) National Secretary, Anis Ahmed blamed casteism for Fathima’s death. “The castiest mindset could never tolerate Muslims because our ancestors rejected their Manuwad system and embraced Islam which liberated us from the caste violence..the institutional murders of Payal and now Fathima by castiest minds is a proof (sic),” he said.

The castiest mindset could never tolerate Muslims because our ancestors rejected their Manuwad system and embraced Islam which liberated us from the caste violence..the institutional murders of Payal and now Fathima by castiest minds is a proof #JusticeForFathimaLatheef

Dravida Munnetra Kazhagam President MK Stalin advocated avoiding the “saffronisation” of education. “Do everything required to treat all as equals like the national flag’s tricolour,” he said.