After getting wiped out in Karnataka, Nowhera Shaik’s MEP to Contest in Telangana Elections
Advertisement https://pagead2.googlesyndication.com/pagead/js/adsbygoogle.js 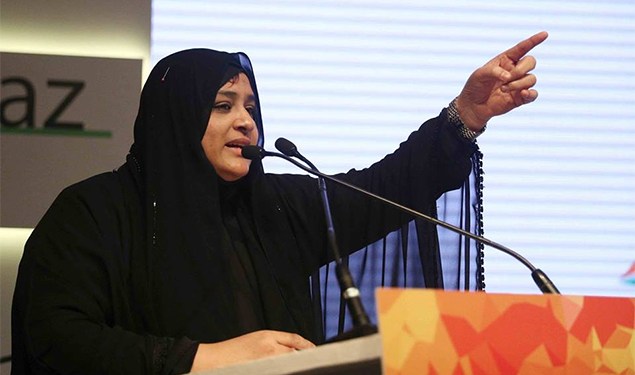 Hyderabad: After failing to win even a single seat in the Karnataka Assembly Elections, the All India Mahila Empowerment Party (MEP) on Tuesday announced that the party will contest all 119 seats in the Telangana Legislative Assembly elections 2018.

According to party founder and president, Nowhera Shaik, MEP’s main agenda will be to bring the women of the state together to fight for their rights and give special focus to the safety and welfare of children.

“Our party wants to focus on fighting communal groups in the country, and we will join forces with any party, whose agenda matches ours,” added Shaik, who also announced that MEP will contest in the 2019 Lok Sabha elections.

MEP was launched on 12th November 2017 by Nowhera Shaik, who is the Founder and CEO of the Hyderabad-based Heera Group of companies.

The party made its political entry by contesting in the 2018 Karnataka elections with much fanfare, but its candidates were barely able to collect 1 lakh votes in all the 175 constituencies put together.

Throughout the election cycle, MEP was accused of being the B-team of the BJP, and of contesting the polls to take away a share of Muslim votes off the Congress, and thereby help the Hindutva party.

After the elections, MEP’s own candidates filed criminal complaints against Nowhera Shaik, accusing her of cheating.

They accused Shaik of promising to fund their election campaign and obtained blank cheques and money before awarding them tickets and B-forms. Candidates claimed they did not receive any money from Shaik, and even alleged to be threatened by her henchmen.

Nowhera Shaik’s company Heera Gold, which according to SEBI is a Ponzi Scheme, has also been hit hard since the party’s election debacle in Karnataka.

Investors in the company have staged multiple protests against Shaik and her company, for defaulting on monthly payments and change in payout dates. The company is alleged to have lost large sums of money in the Karnataka elections, which has allegedly triggered panic among the company’s investors.

Two weeks after the Supreme Court ordered authorities to unseal offices of scam-hit Heera Gold, to facilitate the company to run its businesses and...