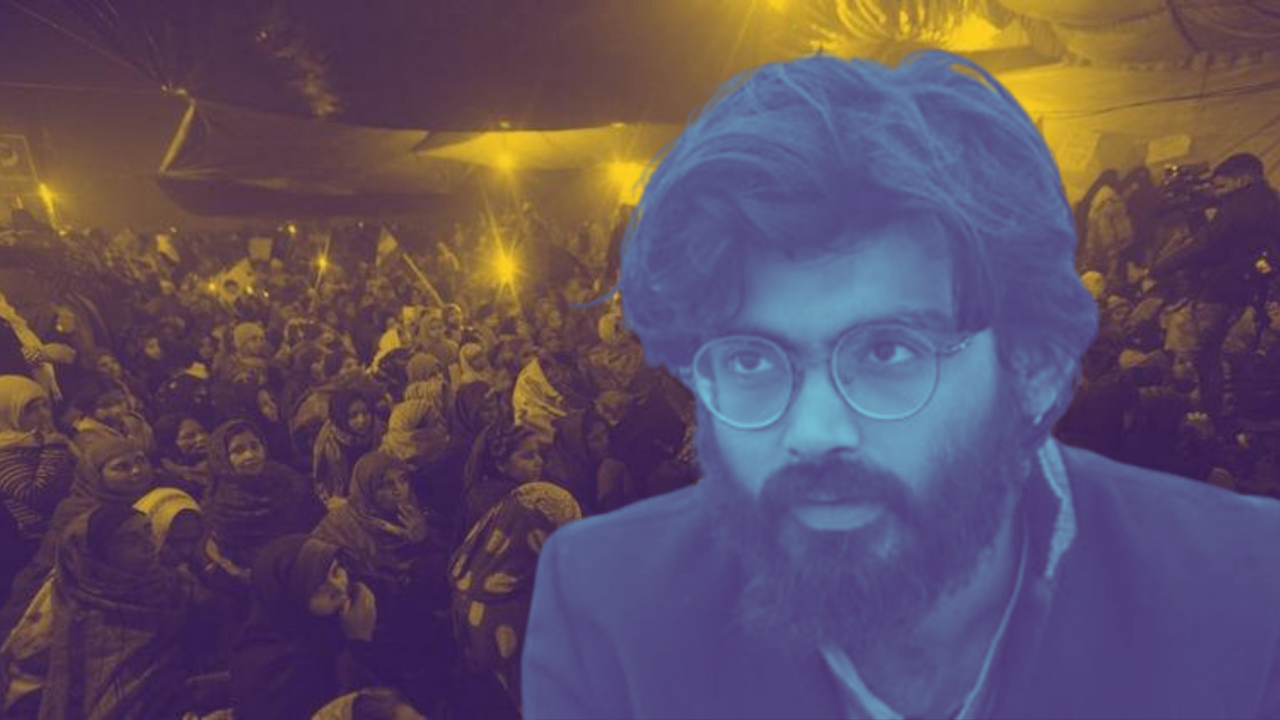 JNU PhD scholar Sharjeel Imam’s police custody has been extended for three days by a Delhi court on Monday. He was arrested under the draconian Unlawful Activities (Prevention) Act, in a case related to communal violence in northeast Delhi in February.

The violence in Delhi witnessed the death of 47 people with more than 200 injured, primarily Muslims. Mosques were vandalized, Muslim-owned shops were set ablaze and a cemetery was desecrated.

Activists and students have spoken up against the arrest of Sharjeel Imam, stating that he was in police custody while the violence in Delhi broke out.

My brother Sharjeel Imam surrendered on 28th Jan approximately 1 month before Delhi pogrom started. He is being falsely accused as the police has no such evidence.
We should rise against such arbitrary arrests & imprisonment of Students.@_imaams#SharjeelImam #Freeallprisoners https://t.co/Pu4DRvFLqm

Sharjeel Imam is charged with UAPA for 'riots' that happened when he was already in police custody.

Where is outrage against this mockery of justice? Does his incarceration not deserve to be challenged because he asserted his Muslim identity & dared to put an opinion of his own?

The Special Cell of Delhi Police arrested Imam on August 25 for his alleged connection to the riots during protests against the Citizenship Amendment Act.

“In order to have an effective and proper investigation, I deem it fit to allow the present application for seeking police custody remand of the accused Sharjeel Imam. However, it is granted only for a period of three days and not seven days as sought,” the judge said in his order.

Advocate Surbhi Dhar, appearing for Imam, opposed the remand application saying whatever answers he had to give, has been given and whatever the questionnaires has to be put, it should have been done by now.

Additionally, a fact-finding report by the Delhi Minorities Commission has blamed Kapil Mishra’s speech for sparking communal violence in Northeast Delhi. A number of complaints have been filed in police stations in Northeast Delhi, alleging that he not only gave hate speeches in the area, he and his supporters also actively participated in the violence. However, he remains untouched by authorities.

Activists, advocates and film personalities, including Anurag Kashyap, Vishal Bhardwaj, Mahesh Bhatt have released statements raising their voice against the arrest of the students and activists by Delhi Police and have urged them to end to the “witch-hunt.”