After 12 Years In Jail, Two Muslim Men Cleared In Terror Case In UP
Advertisement https://pagead2.googlesyndication.com/pagead/js/adsbygoogle.js 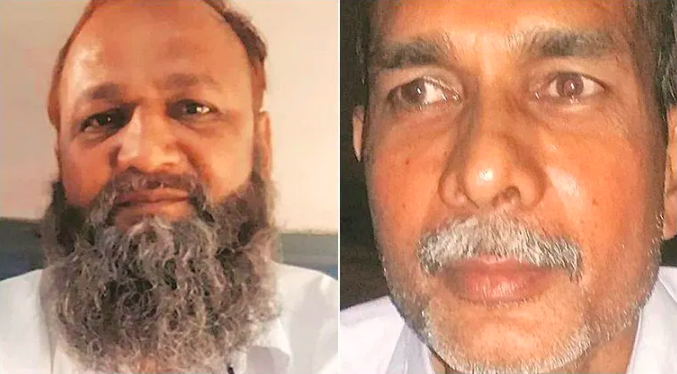 Two Muslim men, who spent nearly 12 years in jail after being wrongfully convicted in a terror case, were finally acquitted by a court in Rampur, Uttar Pradesh

Mohammad Kausar (48) and Gulab Khan (41), who were accused in the 2008 terror attack on a CRPF camp in Rampur, were acquitted for want of evidence. They were accused of hiding weapons used in the crime at their residences before the attack.

Before they were arrested, Kausar ran an electronics shop near his house in Kunda area of Pratapgarh while Khan owned a welding shop at Baheri locality in Bareilly. With their families having sold their shops as well as spent their savings fighting their case, the two said, although the court acquitted them, they would have to fight to win the trust of the people.

Khan, who has always maintained his innocence, and the facts bear that out, spoke to the media and said that no one can bring back the twelve years that he spent in prison but thanked Almighty for giving him a new life.

“I had no connection with the terror attack but I was still framed. When I was arrested in this case, I thought that my life and also of my family had been destroyed. The thought of being framed in a terror case was scary. Over the years, I had severe anxiety pangs and thought that I might die of a heart attack,” he was quoted as saying by the Times of India.

“When I stepped outside of the jail, I thanked God. It feels good to breathe in the open air. I will start afresh.”

Khan’s wife, Nazara took up tailoring and his three kids (now aged 17, 15 and 13 years, had to discontinue their studies due to financial problems.

While he completed his graduation inside the jail, Khan is afraid it might mean little. “I have to see how society reacts to me now. I have lost precious days of my life.”

The CRPF camp in Rampur was attacked on January 1, 2008. The Uttar Pradesh Special Task Force arrested Mohammad Shareef, Jung Bahadur (both from UP), Sabauddin (belonging to Bihar), and two alleged Pakistani nationals Imran Shahzad and Mohammad Farooq for the attack, apart from Kausar and Khan.

On Saturday, Shahzad, Farooq, Shareef and Sabauddin were sentenced to death, while Jung Bahadur was given life.

Reacting to their acquittal in the case, the All India Majlis-e-Ittehadul Muslimee (AIMIM) chief Asaduddin Owaisi said on Sunday that Muslims were experiencing “systemic discrimination” in the criminal justice system regardless of the party in power.

In a tweet on Sunday, the Hyderabad MP said, “Muslims are incarcerated in terror cases only to be acquitted after decades. We experience systemic discrimination in the criminal justice system regardless of the party in power. The double injustice here is not only to Gulab Khan but also to the victims of Rampur attack.”

In another tweet, Owaisi asked “Who were the real culprits? Will Gulab Khan be compensated for the indignity that he & his family had to endure?”

Muslims are incarcerated in terror cases only to be acquitted after decades. We experience systemic discrimination in the criminal justice system regardless of the party in power

The double injustice here is not only to Gulab Khan but also to the victims of Rampur attack [1/2] https://t.co/7wNxdq784x