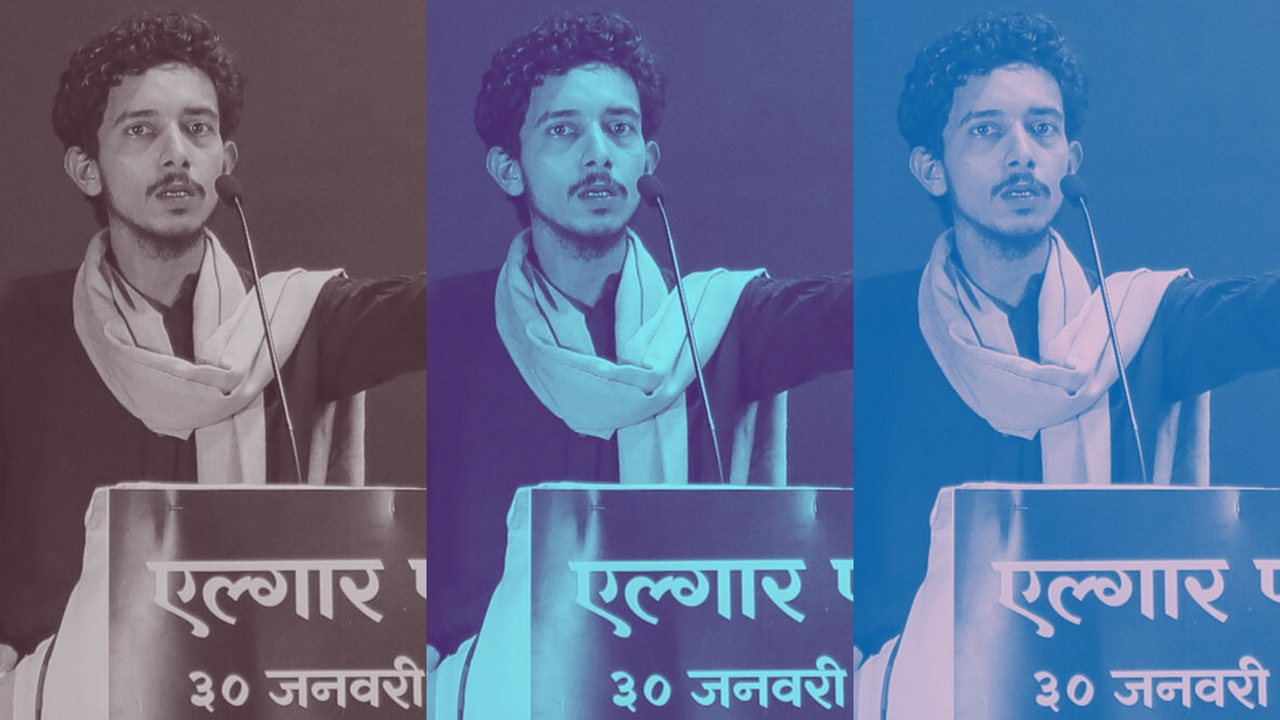 Sharjeel Usmani, 23-year-old activist, national secretary of Fraternity Movement and former political science student at Aligarh Muslim University has been booked by Pune Police for allegedly promoting enmity and hatred between religious groups during his speech at Elgar Parishad 2021 held on January 30.

An FIR was registered against Sharjeel following a complaint filed by Pradeep Gawade, a local leader of the BJP’s youth wing, the Yuva Morcha.

A preliminary investigation has been initiated by Pune Police on the premise of Section 153A of the Indian Penal Code for allegedly promoting enmity between different groups on account of religion, race, etc and for doing acts to disturb communal harmony.

“Sharjeel Usmani has been booked under IPC 153A, based on the complaint made by Pradeep Gawade’s complaint,” Pune City Police Commissioner Amitabh Gupta as quoted by The Indian Express.

Ever since he delivered his speech at the second edition of the Elgar Parishad, it has sparked a storm in the right-wing circles. The event marked the death anniversary of Mahatama Gandhi and birth anniversary of Rohith Vemula.

Fadnavis while addressing Thackery on the issue tweeted: “this youth comes to Maharashtra, maligns Hindutva without any fear and displays his rogue behaviour, and there is no action against him. This is really surprising and insulting to all of us”.

Another BJP leader Keshav Upadhye raised serious objections on his speech at Elgar Parishad and accused him of provoking people.

Maharashtra Home Minister, Anil Deshmukh had assured investigation and examination to the speeches made at Elgar Parishad Conclave.

Sharjeel Usmani was earlier arrested by Uttar Pradesh Police last year for allegedly being a part of the violence leashed by police on the students of Aligarh Muslim University on the night of 15th December 2020. He is currently out on bail.

The first Elgar Parishad was held in Pune’s Shaniwar Wada on December 31, 2017, a day before lakhs of Dalits from across India gathered at the village of Koregaon Bhima to commemorate the 200th anniversary of a battle in which a Dalit contingent of the British army defeated the region’s Peshwa Brahmins.

Fourteen years after publishing an allegedly defamatory article on Aligarh Muslim University, Times of India has tendered an apology in a civil court in...