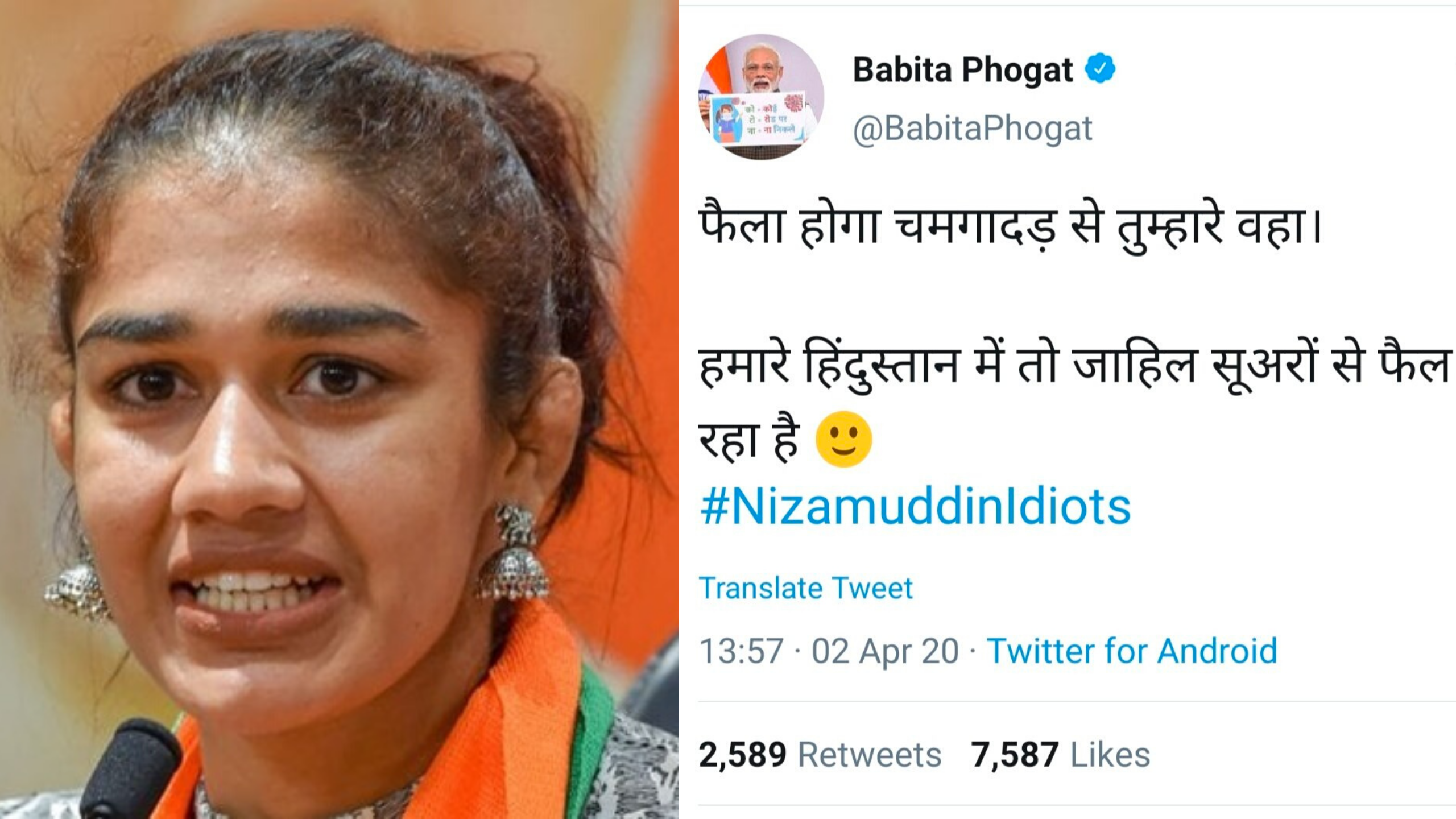 Wrestler Babita Phogat, who shot to fame after Aamir Khan made Dangal, a movie based on her family, has been slammed for making vicious and hateful comments against Muslims while tweeting on the Markaz Nizamuddin incident.

She wrote on Twitter in Hindi (now deleted by Twitter): “फैला होगा चमगादड़ से तुम्हारे वहा। हमारे हिंदुस्तान में तो जाहिल सूअरों से फैल रहा है (At your place it might have spread through bats, in Hindustan it spread through illiterate pigs).” 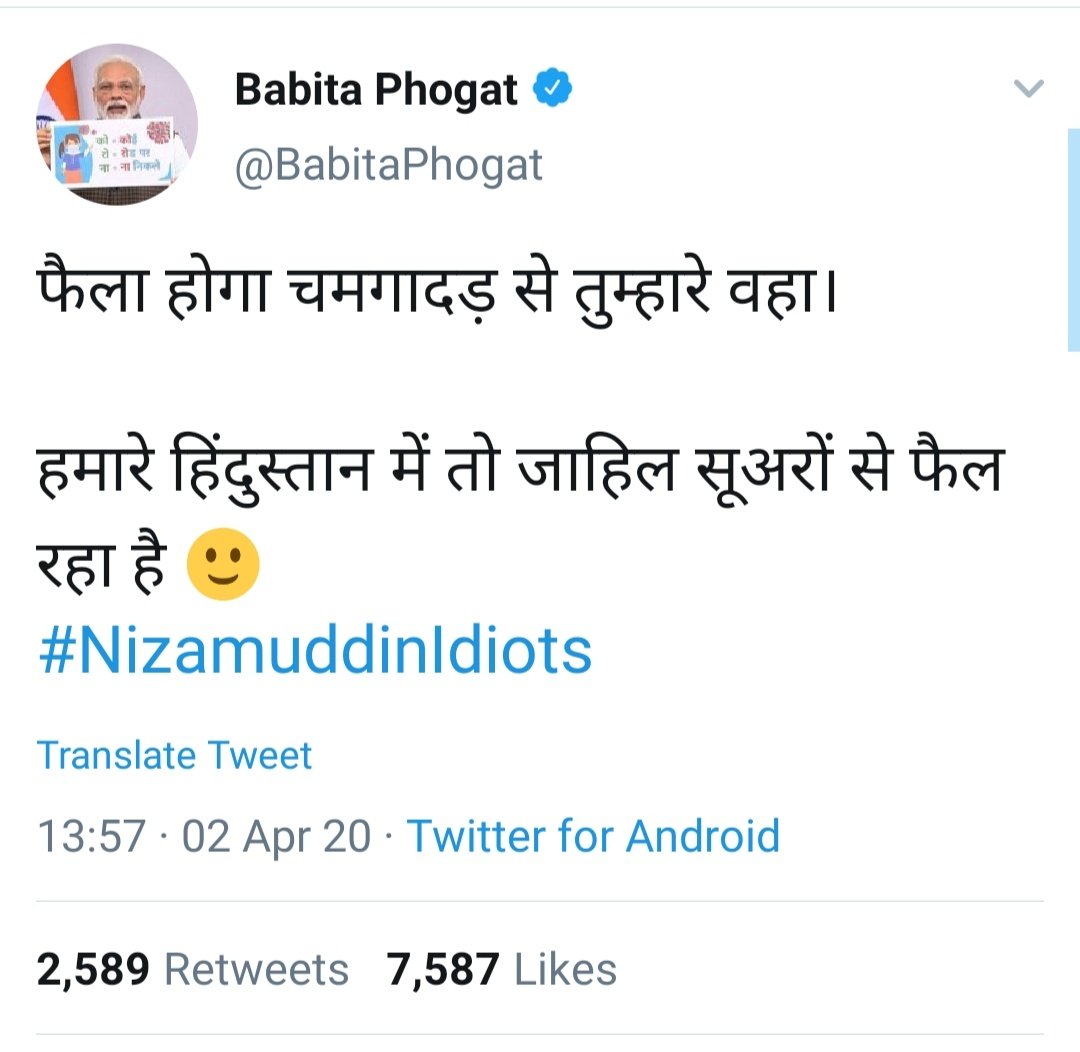 Phogat, who along with her father, Mahavir Phogat (who Aamir Khan portrayed in Dangal), joined the right-wing BJP last year, left no doubt who she was targeting, and added the hashtag #Nizamuddinidiots to her post.

Her post, which was shared by thousands, was criticised for the bigotry, and the sheer hatred the wrestler harbours against Muslims.

Some even reminded her that Phogat’s claim to fame was Aamir Khan’s Dangal, and yet she was trying to bad mouth Muslims. 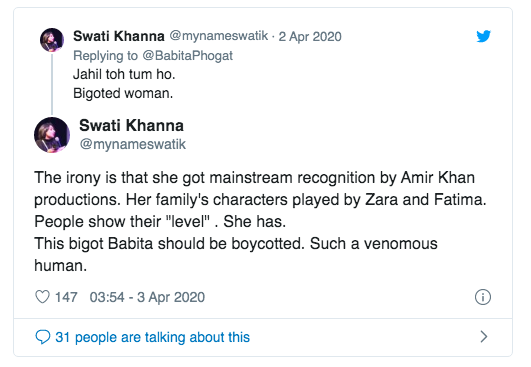 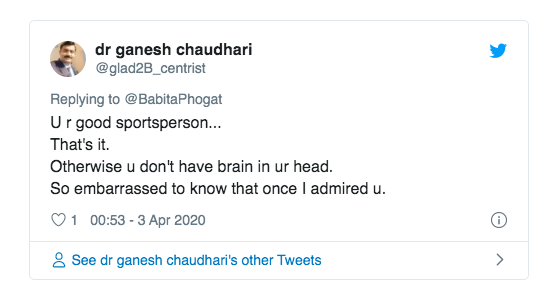 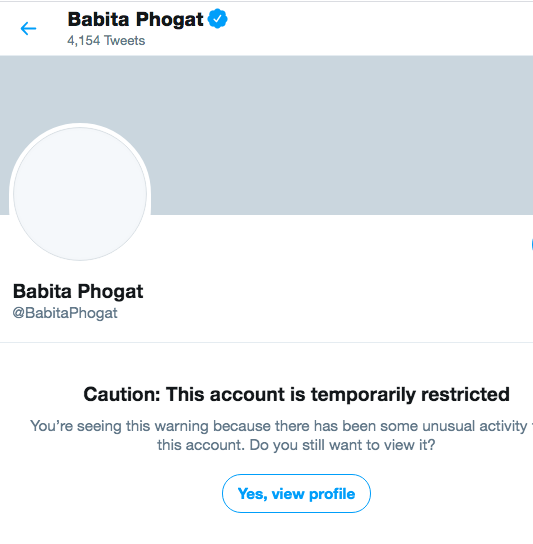