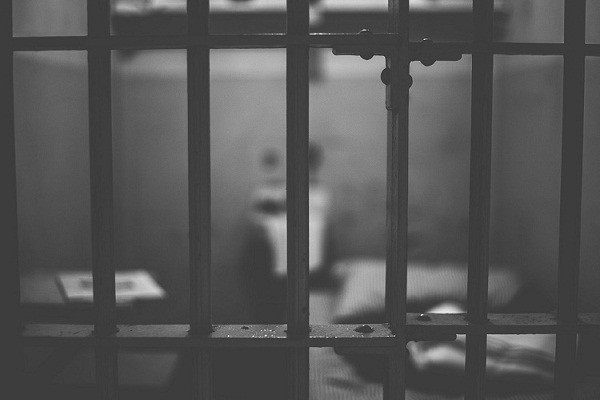 Bengaluru: When 37-year-old Mubarak Pasha, failed to return home that fateful evening, his wife Reshma, a pourakarmika on a contract with the Bruhat Bangalore Mahanagara Palike (BBMP), sensed something seriously amiss.

In the fifteen odd years since her marriage to Pasha, a worker in a scrap store in L R Nagar, one thing she had learned was that life was not only hard, but it was also uncertain. So expecting the unexpected was something that a woman like her should learn to accept. But in all these years of her marital life, it had rarely ever happened that her husband had not come home. “He would at least let me know, if he was going anywhere,” she says, with her three children on her side looking pointlessly in different directions.

“I went to friend to friend, and neighbor to neighbor but no one had any information about his whereabouts,” she says.

It was August 19, when the Koramangala police detained Pasha, as a suspect in a chain snatching incident case. Even according to the police, there was no evidence against him to connect to the case, however, it was his ‘past’, which had come to haunt him. According to them, Pasha was a “habitual offender”. In fact on the day of his detention, he had gone to attend a case hearing dating two years old. He was picked up by the police suspecting his role in a series of chain-snatching cases.

“When I came to know about his detention, I went to the police station, but they denied detaining him, however, a colleague of mine confirmed to have seen my husband inside the lock-up.” says his wife. Though, according to the law, the suspect should be presented in the court, on the very day of the arrest, however, Pasha’s case was booked only on August 26, and then produced before a magistrate before being sent to judicial custody. He was detained illegally for a week.

Pasha’s wife alleges that when she went to meet her husband in the custody, he pleaded to her to get him out, as he couldn’t bear the torture meted out to him. She also alleges that the police asked him to either accept the crime or at least point out someone else. “He was asked to say that the notorious rowdy Velu, was behind the crime, but my husband refused”.

Reshma says that her husband had pawned her gold chain, with a neighborhood pawnbroker some weeks ago to get money for an emergency. “It was a chain bought from our hard earned money, but the police say that my husband stole it,” she told The Cognate. She alleges that the police even took away the purchase receipt of the chain from the pawnbroker, and then even threatened him.

According to Pasha’s lawyer, he was granted bail on Saturday, August 30. However, Pasha himself never returned. His wife says that she waited from morning till night outside the prison, but there was no sign of him. Reshma, who spoke to The Cognate, says that, “I went to fetch my husband, but all I got in return was the news of his death.” Police told her that he had died of heart attack.

“My husband had no history of health complications, nor he was addicted to any bad habits, they tortured him to death,” Reshma cries. The neighbors, who washed Pasha’s dead body alleges that the torture marks on his body was quite evident. “The marks had turned blue,” say Mahaboob and Kaleem.

Speaking to The Cognate, Faiz Akram Pasha, a well-known prisoner rights activist and founder of Janasadbhawana said that, “he (Mubarak Pasha) might have been involved in some case, years ago, but going by what his family and neighborhood says, it is quite clear that he had left the world of crime a long time ago. Many people want to get out and lead a clean life, the police should encourage them than create barriers.”

According to Mohammad Saqib, National Working Committee Member, Social Democratic Party of India (SDPI), this is a clear case of police atrocity, “we demand a fair and thorough investigation into the case, and want the suspension of all those police personals involved, and also demand compensation to the family.” He said the case has been taken up by the well-known rights advocate S. Balan, and they are waiting for the post-mortem report.

The Karnataka Waqf Board has issued a circular barring the use of loudspeakers between 10 pm and 6 am during azan for all the...