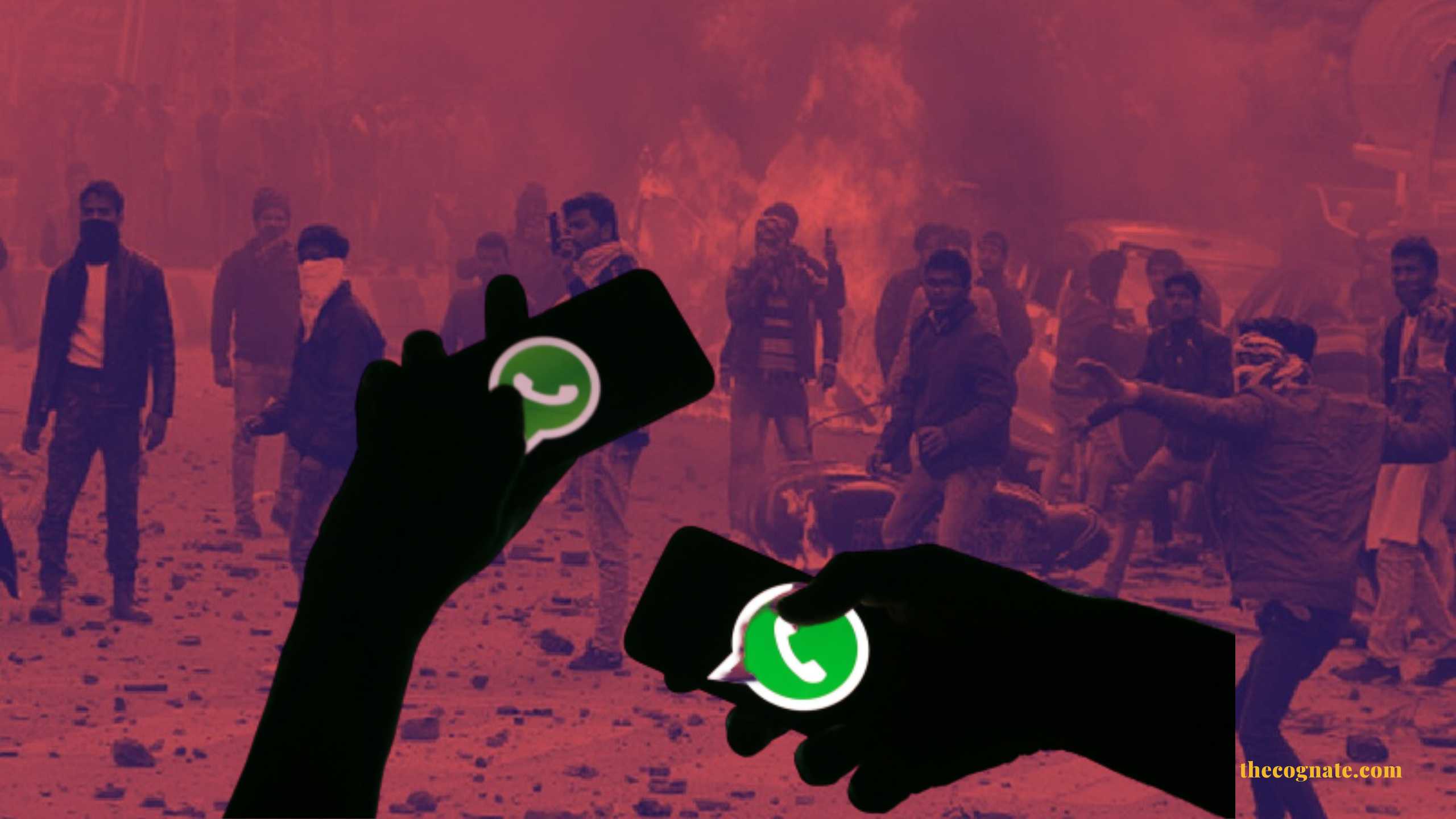 Nine Muslims were killed by members of a WhatsApp group called ‘Kattar Hindut Ekta’ after they refused to chant ‘Jai Shri Ram’, during the north-east Delhi pogrom in February, Delhi police have said in its charge sheets filed in a Delhi court. The WhatsApp group with at least 125 members was used to mobilize and coordinate between rioters, with the members bragging about “killing Muslims” and “dumping their bodies in the sewer”, and offering manpower and guns when necessary.

The police are yet to nab the creator of the WhatsApp group who is reported to be absconding.

The chargesheets show how armed men belonging to the group stopped passersby and asked them for their name, address, ID proof and told them to chant ‘Jai Shri Ram.’

“During the investigation, it has been established that a group of Hindus comprising of accused persons -Lokesh Solanki (19), Pankaj Sharma (31), Ankit Chaudary (23), Prince (22), Jatin Sharma (19), Himanshu Thakur (19), Vikas Panchal (20), Rishab Chaudary (20) and Sumit Chaudhary (23) along with other identified and unidentified rioters – became active in Ganga Vihar/ Bhagirathi Vihar area since the morning of February 25 to 26 midnight and bludgeoned nine Muslim persons to death and injured several persons in Bhagirathi Vihar and other areas,” police said in the charge sheet.

The final report further said, “It shows that they were actively involved in rioting and attacking other community people belonging to different religion i.e. Muslim and during riots, they killed many people by attacking them.”

“The person who was not calling ‘Jai Shri Ram’ and carrying the identity of Muslim identity, they were bluntly attacked and thrown into the Main Ganda Nala (dirty drain), Bhagirathi Vihar, Delhi,” it said.

According to the police report, one of the accused, Lokesh Solanki, on February 25, messaged in the WhatsApp group: “Brother Lokesh Solanki this side from Ganga Vihar area if any Hindu need any back up then do contact. We have men, arms, and ammunition. I have just killed two Muslims in the Bhagirathi Vihar area and thrown them in the drain with the help of my team.”

In the first case, on February 26, one Hamza was killed by the rioters while he was coming from Mustafabad to Bhagirathi Vihar about 9.15 PM, police said.

He was then thrown in sewage near E Block Bhagirathi Vihar. An FIR was lodged in this regard at Gokalpuri police station, in North East Delhi on March 3, it said.

In the second case, one Aamin was killed and thrown into sewage on February 25 by the rioters near C Block Bhagirathi Vihar.

In the third case, one Bhure Ali was killed near C block Bhagirathi Vihar on February 26.

On February 25, between 4-4.30 PM, one Mursalin was killed and thrown in Bhagirathi Vihar Nala (drain) in Johripuri puliya (bridge) and his scooter was set on fire.

Police said on February 25, at about 7 to 7.30 PM, deceased Aas Mohd was killed by the rioters and thrown in a drain in Bhagirathi Vihar/Johripur pulia (bridge).

On the same day at about 8 PM, police said rioters cut the electricity and in the dark, they attacked the house of Musharraf, grabbed him, and dragged him out into the street and they beat him to death and threw him in the open drain.

These WhatsApp conversations, police noted, “clearly fall in the category of extra-judicial confession”.