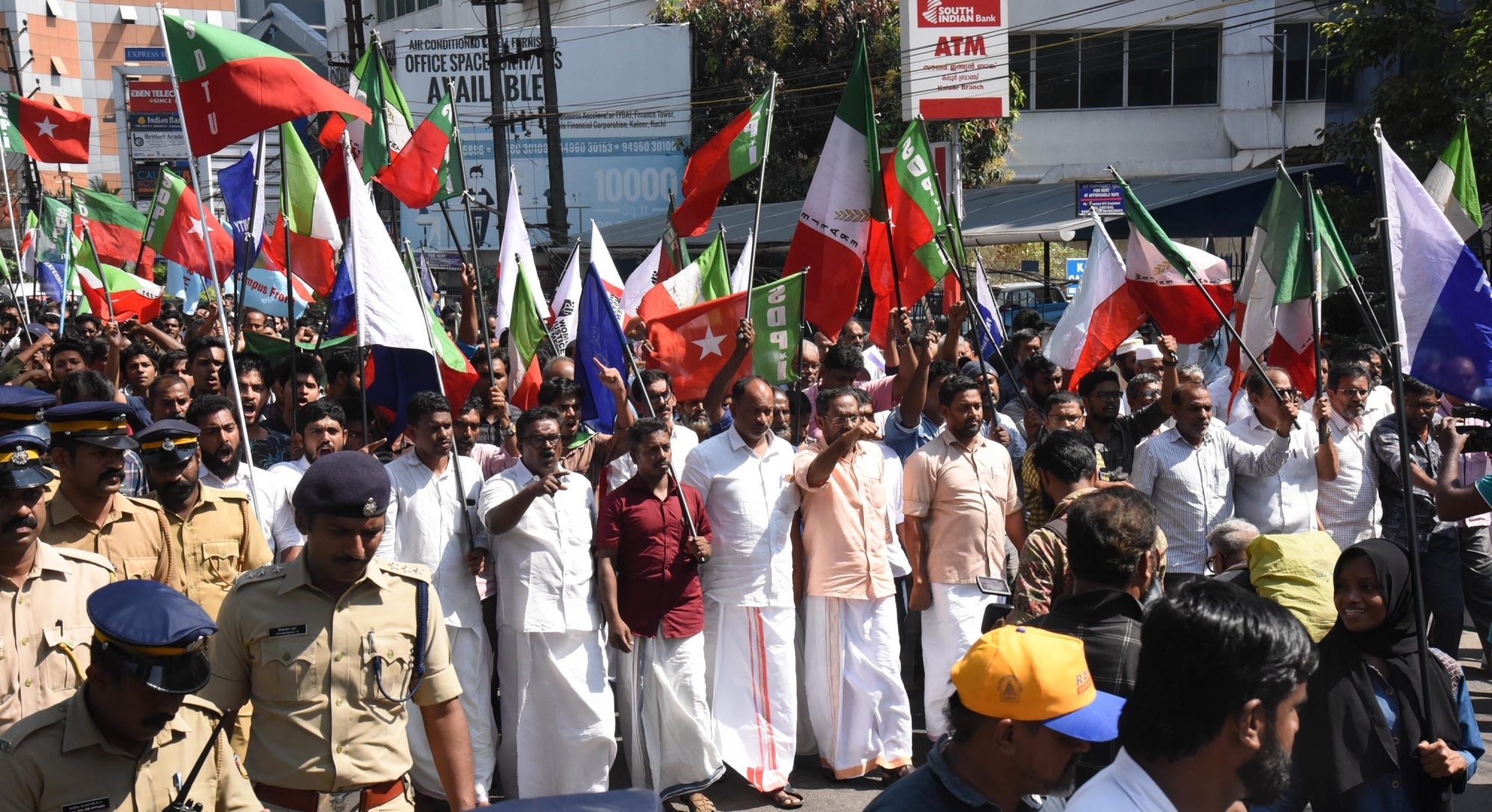 Political, cultural and religious leaders and activists in Kerala, who expressed their solidarity for a hartal (mass protest) against the Citizenship (Amendment) Act (CAA) in 2019 have been summoned by the Kozhikode Town police. 46 of them were summoned, including prominent leaders and activists such as KK Baburaj, TT Sreekumar, J Devika, NP Chekutty, Nasar Faisy Koodathai and the late T Peter.

A case was registered in the Kozhikode Town police station after the hartal, which was held on December 17, 2019. The activists hail from different parts of the state, some of whom were not physically present for the hartal but expressed solidarity.

The hartal was called by a group of political parties, including the Social Democratic Party of India (SDPI), Welfare Party and others. While there were several protests called by different political and religious organisations during this time, several parties had stayed away from the December 17 hartal. The Indian Union Muslim League (IUML) and the All India Sunni Jamiyyathul Ulama also didn’t join the hartal.

Police chiefs of all districts had then issued statements that strict action would be taken against the organisations proceeding with the hartal. The police statement said that the police were not intimated seven days in advance about the hartal, as instructed by the High Court.

One of the activists summoned told a news outlet that the involvement of SDPI, PFI and Welfare Party was the main issue for the government. She alleged that this selective filing of cases by the LDF government is Islamophobic since no case was registered against others who had organised similar protests against CAA/NRC.

“Mainstream parties all have taken the stand that they wouldn’t support SDPI and PFI protests. The demonisation of these parties (SDPI and PFI) have been taking place for a while. Do we have any proof that these organisations are doing some extremist activities as they are accused of? My stand is against CAA, so I have been a part of many such protests, then why should this protest be singled out?” she was quoted as asking by The News Minute.

Another activist who supported the hartal asked, what is wrong in supporting the protests these organise? “Neither SDPI nor the Welfare Party are banned in India,” he said.