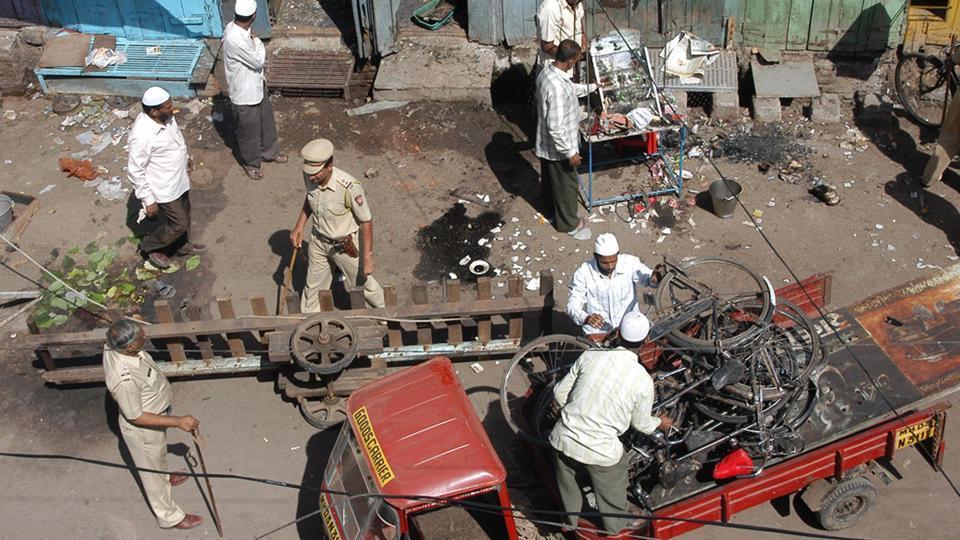 The Bombay High Court has granted bail to four prime accused in the 2006 Malegaon blasts case nearly seven years after they were arrested. Dhan Singh, Lokesh Sharma, Manohar Narwaria and Rajendra Chaudhary have been in jail since their arrest in 2013.

“The applicants shall be released on a cash bail of Rs 50,000. They shall attend the special court on each day during the trial and shall not tamper with evidence or contact witnesses,” the division bench of Justices I A Mahanty and A. M. Badar said.

The accused who are in jail since their arrest in 2013, had applied for bail in the High Court in 2016 after their earlier bail pleas were rejected by a Special Court.

On September 8, 2006, during Friday afternoon prayers, bombs planted on bicycles went off near the Hamidiya Masjid at Malegaon near Nashik killing 37 people and injuring over 150 others.

Later, when the probe was taken over by the National Investigation Agency (NIA) in 2011, Swami Aseemanand, an accused in the 2007 Mecca Masjid blast case, confessed to the role of Hindu right-wing organisations in the Malegaon 2006 case. Following this confession, the NIA told the court that there was no evidence against the nine Malegaon residents. As a result, the Special NIA Court discharged the nine accused.

Two years later on September 29, 2008, Malegaon was shaken by another blast that was again alleged to be carried out by Hindu fanatic groups.