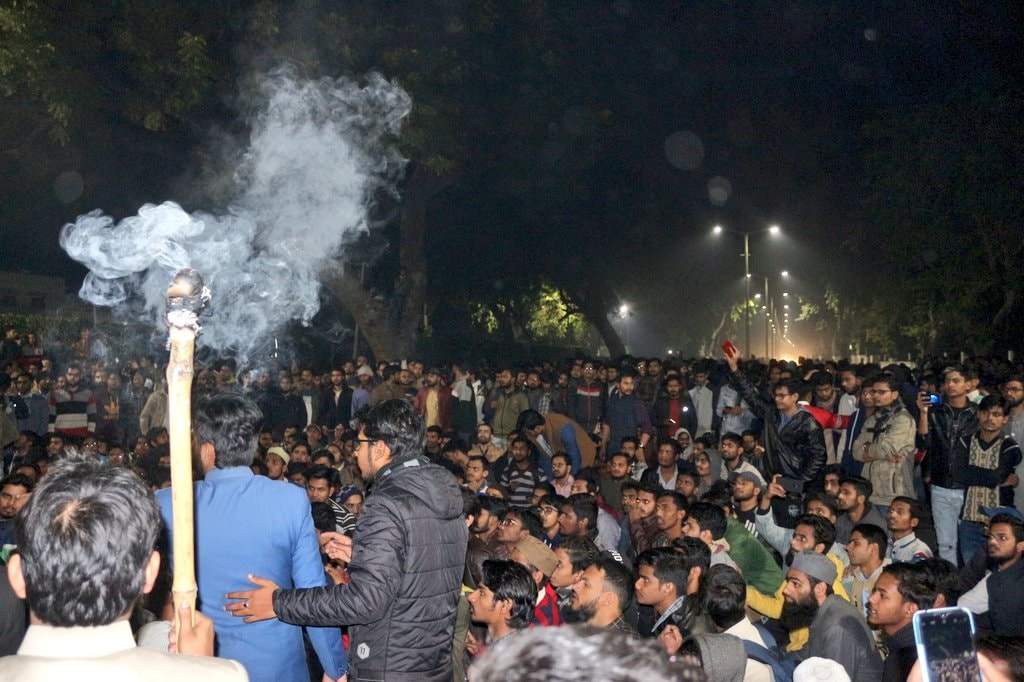 About 25,000 students of the Aligarh Muslim University (AMU) have gone on a hunger strike from Tuesday, against NRC and the divisive and sectarian Citizenship (Amendment) Bill, which was passed by the Lok Sabha on Monday.

The police have filed an FIR on 700 unnamed students and 20 students were named for allegedly violating Section 144. However, the students maintained that they were not aware of the section being imposed in Aligarh.

The students have locked all the dining halls in various hostels and all the residential students are on hunger strike in protest against the contentious bill.

“It is no secret that implementing CAB, 2019 is a well-planned Nazi-esque bill that the right-wing terrorists have tabled in the parliament of India. It is aimed at degrading the Muslim community to not only second-grade citizens but also lay a platform for genocide, concentration camps and complete annihilation of Muslims of India,” the students said in their notice.

“It is a collective failure of the faculty that it has yet to make a strong stand on the issue. Holding you responsible for this failure, this is a show-cause issued to you by the students. We give you an ultimate of 24 hours (6 pm today) to support us or we will boycott all members of the faculty,” the students wrote.

The Aligarh police have registered an FIR against 20 Aligarh Muslim University (AMU) students and 700 unnamed persons following their protest on Tuesday night.

According to the FIR, the three police officers, who were on duty, alleged the students shouted slogans against the CAB and wanted to take forward the march to the city circle, Outlook reported.

They alleged the students “pushed them, continued raising slogans against the administration and reached the AMU circle.”

“And with that, they (students) violated Section 144 of IPC and interrupted government officers on duty,” the FIR said.

However, students rejected these allegations, saying they never stepped out of the university, adding they protested at the designated spot.

Amid strong protests from the opposition, the Lok Sabha Monday passed the Bill with 311 votes in favour. 80 MPs voted against the Bill.

The bill provides Indian citizenship to Hindus, Jains, Christians, Sikhs, Buddhists and Parsis from Bangladesh, Pakistan and Afghanistan after seven years of residence in India instead of 12 years, which is the current norm, even if they do not possess any document.

The bill excludes Muslims, making religion as a criterion to grant citizenship. It has been criticised as being anti-constitutional and blatantly communal and anti-Muslim.

The bill is being discussed in the Rajya Sabha today.

Muslim student leader and National Secretary of Fraternity Movement Sharjeel Usmani has moved to the Bombay High Court for quashing the FIR registered against...